KSC is led by Managing Broker Stephanie Kertis, whose real estate career began in 2008, where she worked with a group of private developers investing more than $200 million to transform what was then called the East Market District into the enormously successful urban shopping, dining & entertainment hub known today as NULU.

After focusing on NULU for six years, Stephanie became the Managing Director of the Portland Investment Initiative (Pii), where she worked with many local and regional investors and developers to raise and deploy over $30M in investment, which was used to breathe new life into commercial buildings and renovate many abandoned single-family homes for affordable housing. She earned her sales associate license in 2017 while with Pii, providing in-house agent services.

In 2019, Louisville Forward (the city's economic development and built environment agency) reached out to Stephanie about joining their team. In that role she became the city's liaison to developers, assisting with various development projects and property dispensations, including leading two high-profile RFP processes. She also focused on a variety of public development incentives, especially Tax Increment Financing, until she returned to Kentucky Select to earn her broker’s license and start up KSC.

Stephanie's biggest priorities are her family and her career - she is a mother to two young children and wife to Stephen, who is the owner of a local creative agency. On any given weekend, you can likely find them enjoying one of our city's Olmsted Parks. 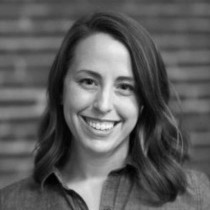 Stephanie Kertis
(502) 767-3322
View Profile
A Louisville native, Stephanie started her real estate career in 2008, working with a group of private developers in NuLu when it was still called the East Market District. Classified as a Federally Distressed Area, the neighborhood saw over $200M in public and private...
We loved working with Stephanie to sell the two real estate properties in my mother's estate. Stephanie was accessible, communicated promptly and clearly, was knowledgeable about the market, and humble enough to seek and synthesize multiple opinions within her agency to maximize the assets sale value to our family. Stephanie consulted on staging with an eagle eye and was conscientious about effective use of time and resources in suggesting the work and potential contractors to be completed prior to listing. She has a delightful personality and is wicked smart - a combination that eased the process immensely. We enjoyed working with her as both a savvy and warm-hearted agent.

Kristin C
Stephanie is a consummate professional with a personal touch. Her attention to detail and rapid response to inquiries has made our work together top-notch. I have no doubt we will do many more deals together in the future.

Gregg R
We trust Stephanie in all aspects of our real estate endeavors, whether it's an acquisition, sale, leasing, or a multi-step transaction for a 1031 exchange.