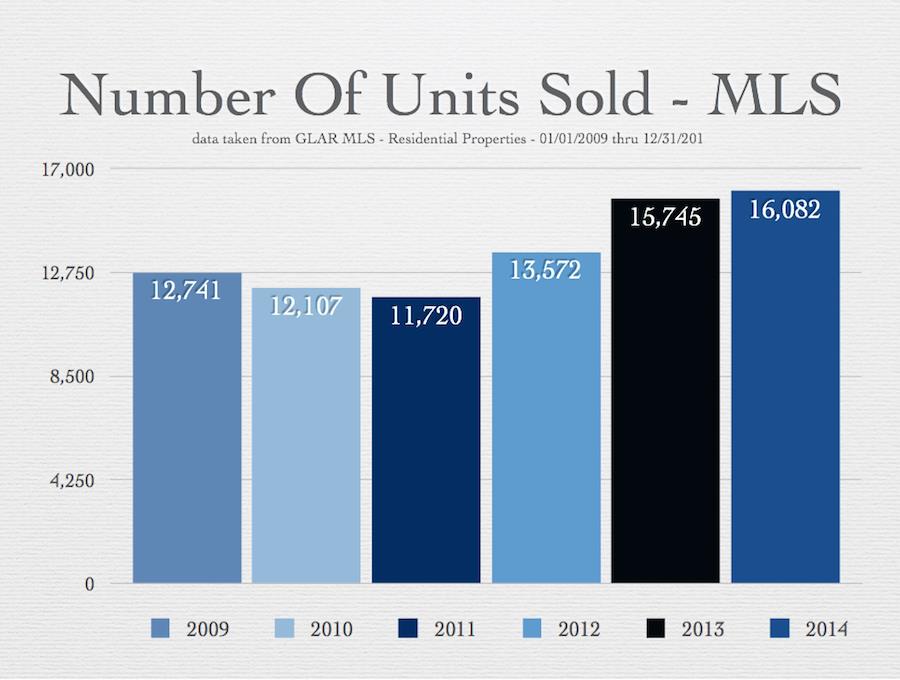 As Kentucky Select Properties celebrated its 10th Anniversary (thank you!) this year, the numbers appear to show that the word is spreading, and that our company is helping more and more buyers and sellers move forward with their life by handling what is likely to be one of their largest financial transactions that they will ever undertake.

Since 2009, we have seen 5 continuous years of growth and last year was no exception.  Even in the years that the MLS was shrinking, between 2009 and 2011, our company was expanding.  In fact, not only has Kentucky Select Properties grown, but the number of transactions we were involved in more than doubled between 2009 and 2014! 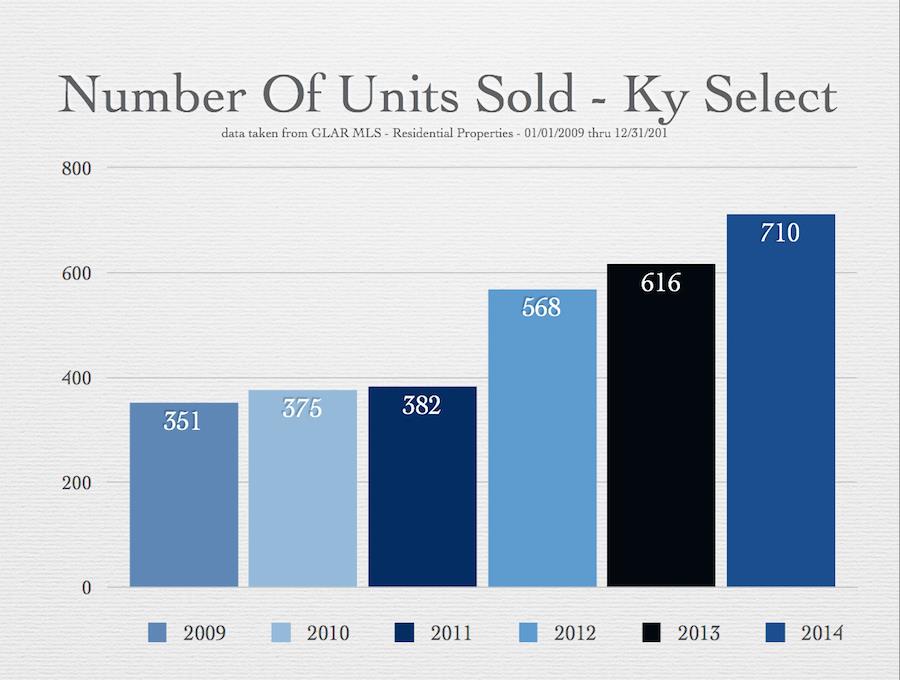 Another way to look at the past five or six years is to consider that the MLS sold just over 26% more homes in 2014 than in 2009.  That’s not horrible.  Maybe it’s not great, but it sure beats some of the other markets around the country that are seeing declines in total sales instead.

While the MLS rose 26% in the number of properties sold, Ky Select was busy selling 102% more homes!  That is a huge number of individuals and families placing their trust in us, and we aim to meet that obligation with a level of service and professionalism unsurpassed in the local marketplace.

As we say goodbye to last year, and look forward to 2015, please know that we are grateful for the faith and trust that you have placed in Kentucky Select Properties, and know that we will continue to work as hard as possible to continue our streak of outperforming the local market.

Moving forward, please keep an eye out for future updates on our local market.  Some updates may be focused on different zip codes and get quite narrow in scope, and others may focus on different price ranges, such as high-end home sales or maybe even million dollar sales.  So if there is a graph you want to see, or some numbers you need crunched, please let us know, and I’ll be happy to start digging into more MLS data!