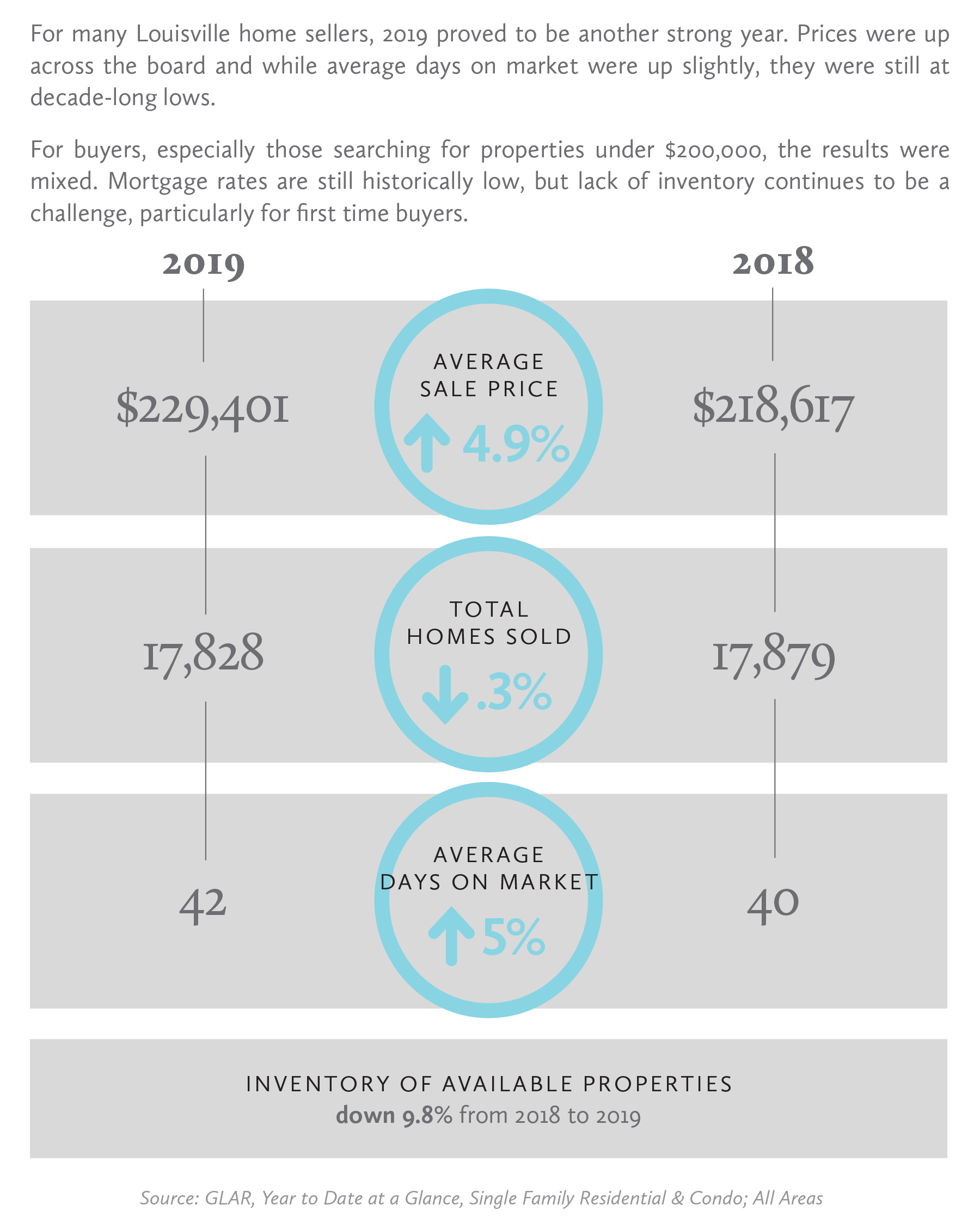 Will 40291 Again Be The Most Popular Zip Code in Louisville? There were 773 real estate sales in 40291 in 2019 making it the most popular zip code in the Louisville MLS area by number of transactions. Bisected by the Gene Snyder Freeway in southeastern Jefferson County and close to The Parklands’ Broad Run Park, the average sale price was $225,449.

Low Rates Give Buyers More Purchasing Power But Inventory Remains Elusive – In relative terms buying power has increased to historically high levels but there is still a shortage of inventory. In Louisville, the absorption rate has hovered around 3 months of inventory for the last several years and is even less, sometimes fewer than 2 months, for houses under $200,000 (A balanced market – one favoring neither sellers nor buyers – has six months of available inventory). New construction starts are still a fraction of what they were a decade ago and the new homes that are being built tend to be more expensive and suburban, outside the more urban, walkable neighborhoods favored by younger buyers.

Generational Buyer/Seller Dynamics – According to Realtor.com Chief Economist George Ratiu the largest population cohort in the country (those born in 1990) will turn 30 in 2020 and represent 4.8 million people hitting peak home buying age. “As a group, these Millennials will take more than half of all mortgages in 2020.” As these new, younger buyers flood the market, the Baby Boomers (those born between 1946 and 1964) are increasingly looking to downsize. At first glance these two dynamics would seem to work together perfectly (older sellers downsizing and wanting to sell coupled with younger buyers seeking to buy). However, many Boomer sellers have much of their wealth tied up in their homes and need to maximize their sale price (while younger buyers often don’t have the resources, even with low rates, to purchase these more expensive homes). Millennial buyers also have high expectations about the features and updates a home should have, especially those in higher price ranges, and often times Boomers have not renovated in several years.