From lendedu: Have bad memories from the 2008 financial crisis or even a lack of knowledge when it comes to mortgages prevented millennials from becoming homeowners? How long do millennials anticipate it will take to finally own a home, and will they put off other life goals to buy one? Read more.

How I Bought A House At Age 25

Emily Brown's phone rings often with friends seeking advice about money. Brown is only 26, but she already owns a house and has socked away a nice amount of money for retirement in both a 401(k) and Individual Retirement Account (IRA). Oh, and she has a renter who pays $900 a month, enough to cover her entire mortgage. As her friends and family like to say, she's "got it figured out." Brown doesn't work on Wall Street or Silicon Valley. She's an accountant in Cleveland, Ohio, who bought her home at age 25 when she earned about $50,000 a year. Read more.

Neighborhood Features That Drag Down Your Property Value

From Realtor.com: When it comes to real estate clichés, “Location, location, location” has all other contenders (including “Not a drive-by!”; “Cash is king!”; “Is that your checkbook or are you just glad to see me?”; and “Worst house, best street”) beat by a mile. Not only has it been in use since at least 1926 (according to the New York Times), but it’s utterly and inarguably true. More than any other single factor, when you buy a home in a good location, it’s usually a solid long-term investment. Read more.

Why Finding A Starter Home Is Harder Than Ever

From Markewatch.com:  Millennials and others looking to buy a first — or “starter” — home are struggling to find ones they can afford, a new research report says. There are fewer affordable starter homes in 95 of the 100 largest U.S. markets now compared with 2012, according to the San Francisco-based real estate research company Trulia.com. Trulia defines a starter as a home that is in the lower third of a market’s valuation and affordable to those making the median income in that market. Read more. 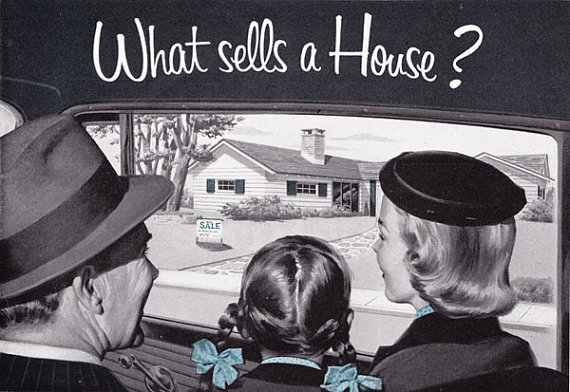 When I got my real estate license nearly 22 years ago the MLS came out once a week in a telephone-sized book, there were a handful of personal computers in our office and the only thing smart about my immobile phone was that it had buttons instead of a rotary dial.

When I tell our new twenty-something real estate agents things like this they look at me with the same incredulous expression one might expect if you tried to explain other historical oddities from the B.Z. Era (Before Zillow), such as printed street maps or having to amortize a loan using a calculator.

The same is true for property-obsessed consumers who now expect to see houses on multiple websites and their smart phones in a matter of minutes from when they get loaded on the MLS.

Thanks to ubiquitous real estate websites and publicly available tax assessments, clients now sidle up to agents at the grocery store to debate price-per-square-foot trends in their neighborhoods.

The Web has most certainly democratized data in the real estate business. 20 years ago brokers maintained almost complete control over listing information. I think the shift in the balance of power has been a good thing. Well informed consumers can be a handful during the sales process (How can they be asking $450,000 for this, the tax record says they only paid $425,000 two years ago!). But I’d argue there has never been more interest in residential real estate than there is today and better...

Cities Where Houses Are Most Undervalued (and Overvalued)

(From Marketwatch.com) U.S. house prices are only undervalued by around 2% on average, according to the latest research, but they’re still overvalued — and undervalued — by double-digit percentages in some metro areas. American house prices were, on average, almost back to normal in the fourth quarter of 2014, after being undervalued by as much as 5% one year ago and by 3% in the previous quarter, but the extent to which they’re undervalued or overvalued still varies dramatically among the 100 largest metropolitan areas, according to real-estate website Trulia. In the first quarter of 2006, at the peak of the housing-market bubble, U.S. houses were overvalued by 34% before dropping to 14% in the first quarter of 2012. Read more.

How Does The White House Compare To The Typical American Home?

In honor of President's Day, this infographic from the National Association of Realtors looks at how the most famous residence in America compares to a typical home. See graphic here.

Via Catey Hill at Marketwatch.com.

Most millennials say they’d rather rent than buy a home — a decision that could cost them more than $700,000 over the course of their lives.

Nearly six in 10 millennials (59%) say they’d rather rent a home than buy one, with just one in four saying they are either very or completely likely to purchase a home in the next five years, according to a survey of 1,300 millennials released this week by EliteDaily and Millennial Branding. (This anti-home-buying trend can already be seen: Currently, only about one in four millennials own a home, down from about one in three in the mid-70s and early 80s, according to data from the Demand Institute.) That’s “bad news for the real estate industry,” the report concludes. Read more. 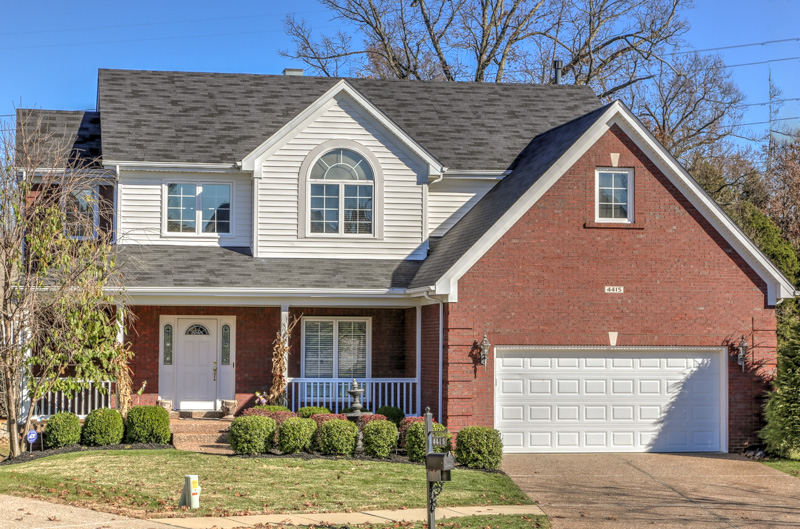 5 Least and Most Affordable Housing Markets in the U.S.

(From Marketwatch.com) Buying a home is getting further out of reach for many Americans. According to data released Thursday by online real estate data firm RealtyTrac , housing is now less affordable in more than one-third of U.S. counties than it has been, on average, over the past 14 years; that’s up from just 19% of counties in 2013. This means that nearly 20% of Americans now live in markets where the percentage of income they need to buy a median-priced home is above what they would have needed in the years since 2000. Daren Blomquist, the vice president of RealtyTrac, says that markets are becoming increasingly unaffordable thanks in large part to home price appreciation. The report examined nearly 1,200 counties nationwide. Read more.

Almost every other person in real estate is well aware of the fact that transactions can be pretty troublesome. Most of them are intertwined with legal content that makes them confusing. A lot of documentation is also necessary for the process to continue and this leaves a number of loopholes for problems to emerge. Probably, one third of contracts never end up to the finishing line of closing table.

This means that even after an agreement is adjusted between a seller and a buyer, there is still scope for confusions to erupt and the deal getting crumbled. Let us look into the facts and reasons that ultimately crumble the process.

It is not at all an easy task to secure a home mortgage post the financial crisis that took place due to the housing crisis in the year 2008.  The restrictions put forward by lenders are way stricter now. This has given rise to a lot of cancelled deals from the buyer’s side. The main reason behind it is the failure of the buyer to secure funds. A pre approval is good for a buyer. However, it does not confirm or guarantee that the buyer will eventually receive the loan amount because of it.

Slightest of facts and changes can end a deal, for example, a small increase in interest rates or change in, income. Lenders are well known gold diggers, and they will make sure to get every detail of a buyer’s financial record. It is very natural for them to discover any fact that will ultimately deny buyer’s to receive proper loan amount.

Almost all the home appraisers utilize historical data to help them determine the actually value of a property. Usually, when the real estate values are more on the rising scale, it becomes tougher to discover comps that could maintain the sales price. It still continues to be tough, even when both the seller and the buyer agree upon the amount of dollar....

8 Cities Where Asking Prices Are Soaring

Asking prices on homes for-sale are edging higher nationwide in the past year, with prices 6.40 percent higher than year ago levels, according to realtor.com®’s September National Housing Trend Report. Nationwide, the national median list price for homes was $199,500 last month. Of the 146 markets that realtor.com® tracks in its report, more than 20 percent reported year-over-year over price gains of 12 percent or more. In some areas, asking prices have jumped even more — by 26 percent or more — in the past year. In Detroit alone, asking prices have surged 44.57 percent year-over-year. Read more.

Buying a foreclosed home can seem like a dream. What could be better than getting a home for a fraction of the market value? Some may even say that the deals sound like they could be too good to be true. In some cases, those doubters aren't too far off the mark. There are some hidden dangers in buying foreclosure properties that, if you're not aware of them, could be disheartening and disappointing. If you are pursuing this route in buying your new home, be sure to look out for these hazards and hidden costs. Read more.

The Final Walk-Thru: What To Look For

The time has almost come for you to move into your new dream home, but there are steps you need to take on the final walk-thru to ensure everything is kosher. One of the main things that happen on your final walk-thru is double-checking to see any unexpected repairs weren’t taken care of or anything major has happened since the last time you took a look at the house.

You don’t even need to have taken real estate investing courses to understand and know all of the things that go into making sure your new property is at the point where you are ready to sign on the dotted lines.

Here are some quick tips on what to have on your checklist during the final walk-thru:

Make sure that not only all of the appliances that were agreed upon are still in the house, but make sure that they are all properly working. Do not hesitate to test everything, whether it is the stove, dishwasher, fridge, freezer – whatever it may be, test it. The last thing you want to do it assume that they are all functional and then when you move it, you are already out a few thousand dollars trying to replace what you expected to be working.

Not only should you test the appliances to make sure they are working properly, but you also need to check to make sure all of the agreed-upon repairs have been taken care of and none are outstanding. The house needs to be in the condition that both parties agreed on and the walk-thru is the final time to verify the repairs were indeed fixed.

By the time you go through the final walk-thru, the previous owners have already moved their items around and out of the house. That being said, make sure to inspect...

Seller's Market Developing in Much of the U.S.

Existing-home sales edged up in January, while a seller’s market is developing and home prices continue to rise steadily above year-ago levels, according to the National Association of REALTORS®. Sales rose in every region but the West, which is the region most constrained by limited inventory. Total existing-home sales, which are completed transactions that include single-family homes, townhomes, condominiums and co-ops, increased 0.4 percent to a seasonally adjusted annual rate of 4.92 million in January from a downwardly revised 4.90 million in December, and are 9.1 percent above the 4.51 million-unit pace in January 2012. Read more.