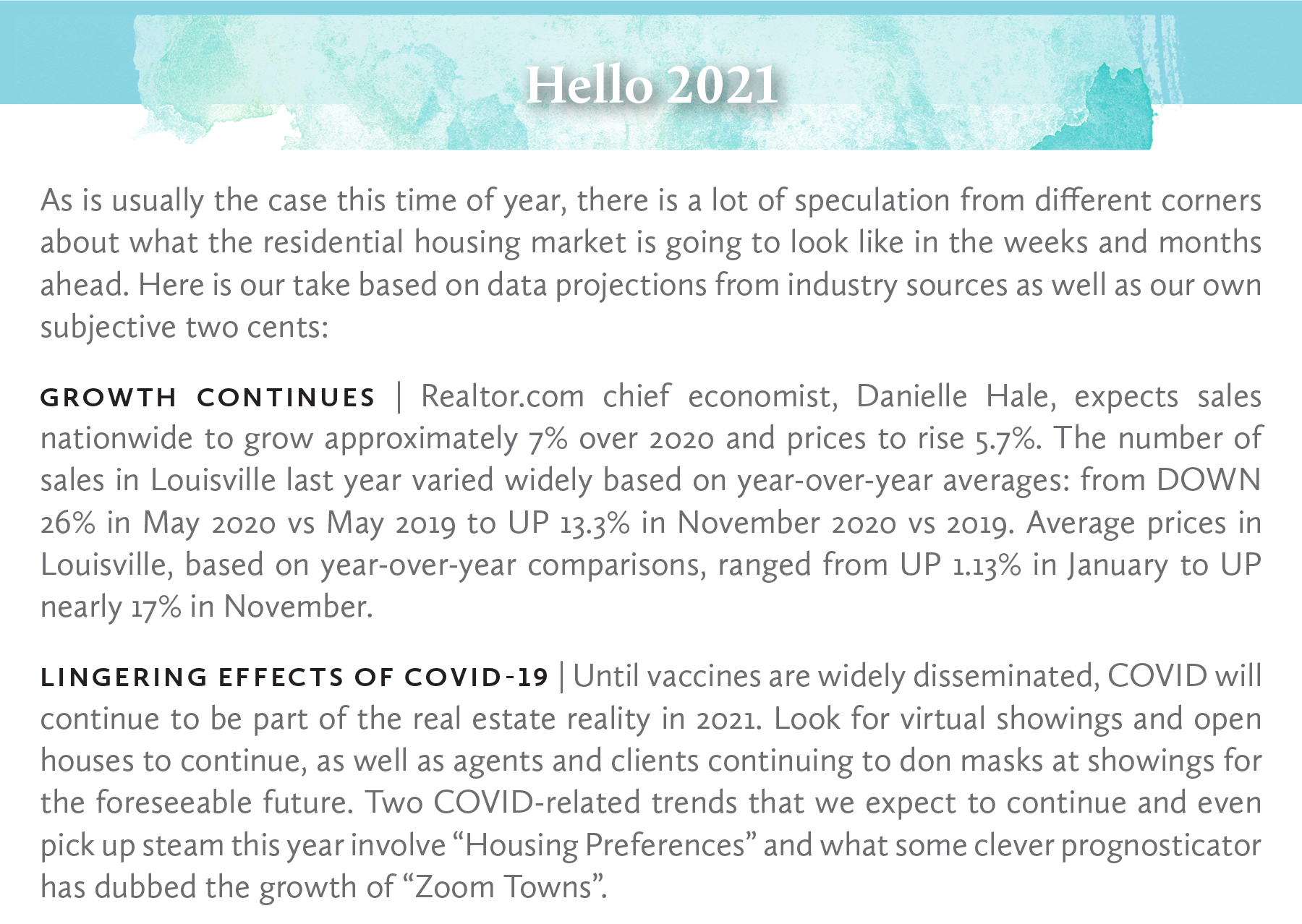 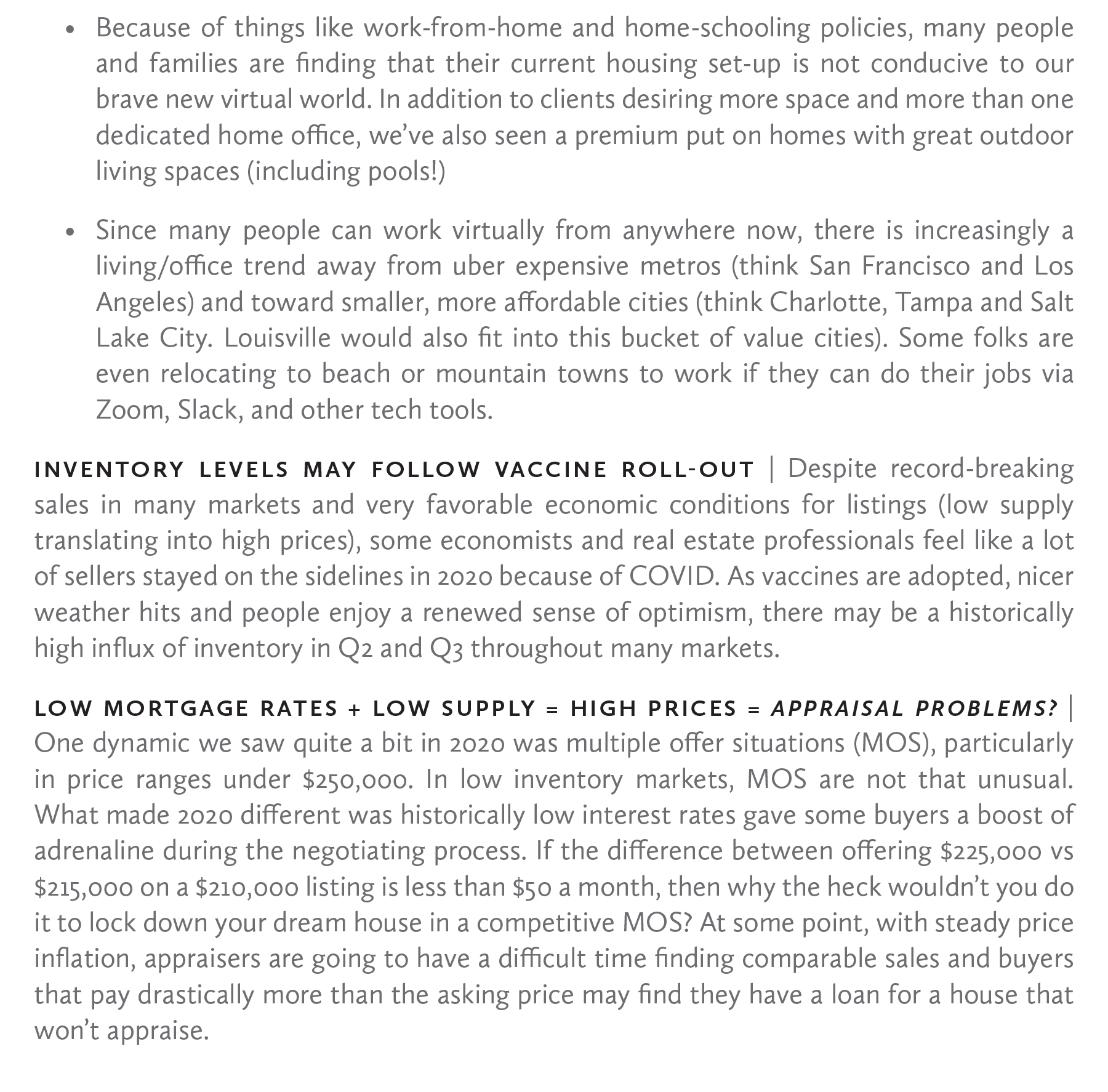 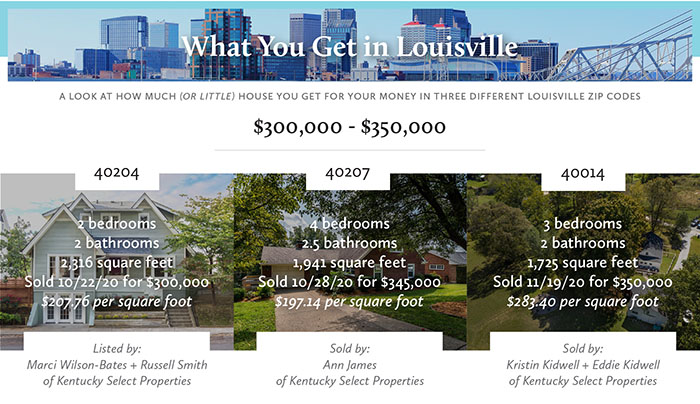 Prepare for the Upcoming Spring Market 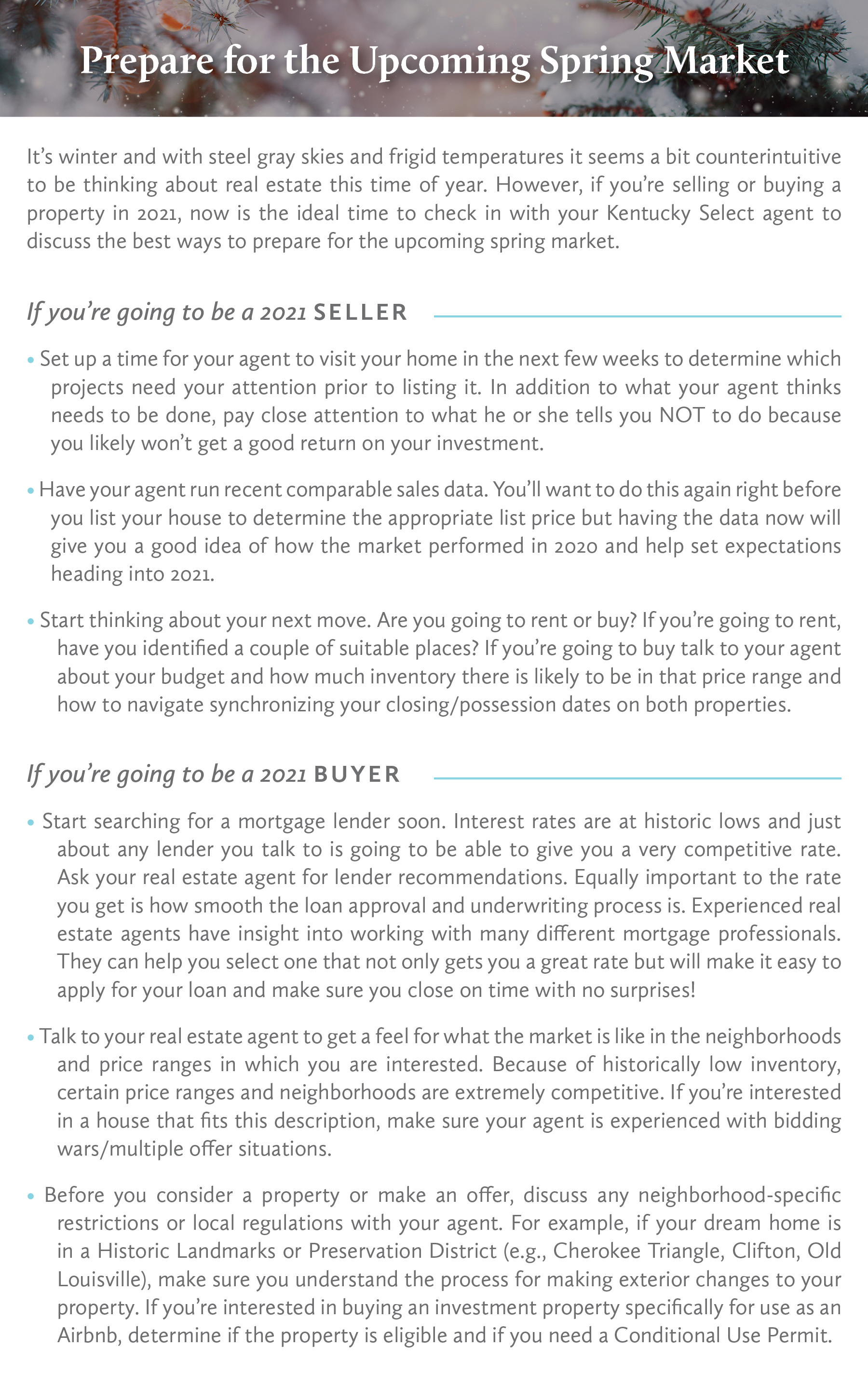 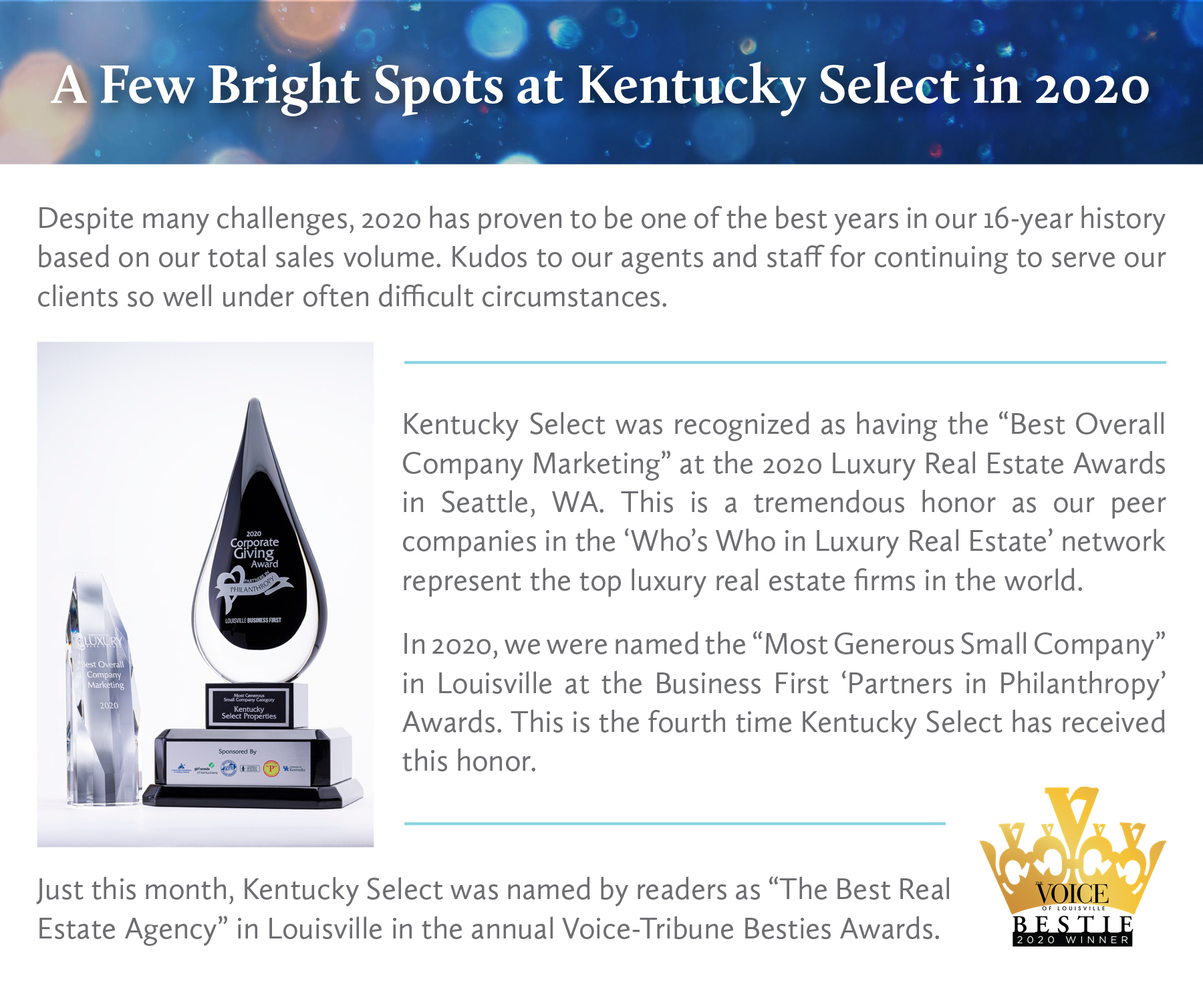 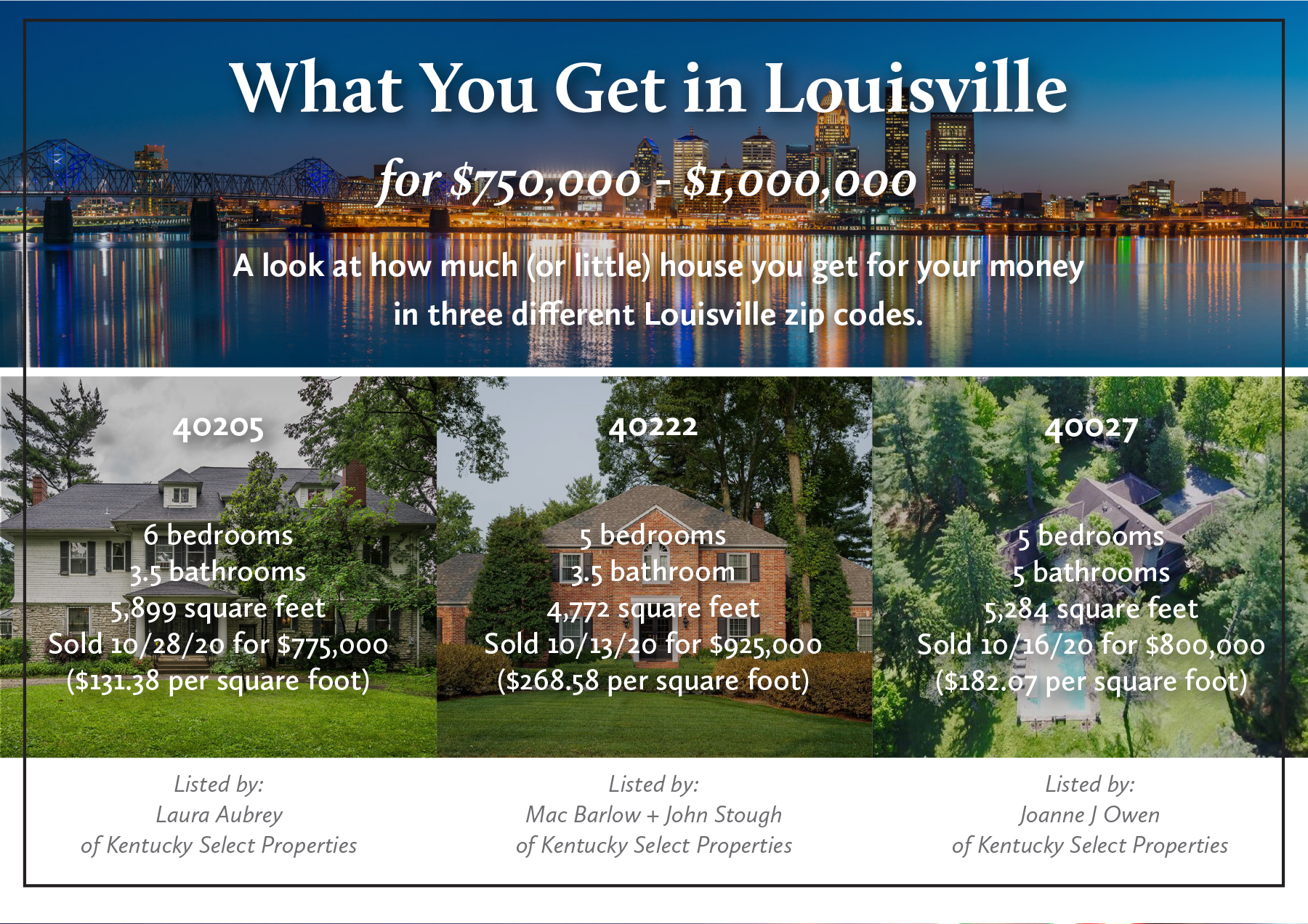 What A Biden/Harris Administration Means For Real Estate + Housing 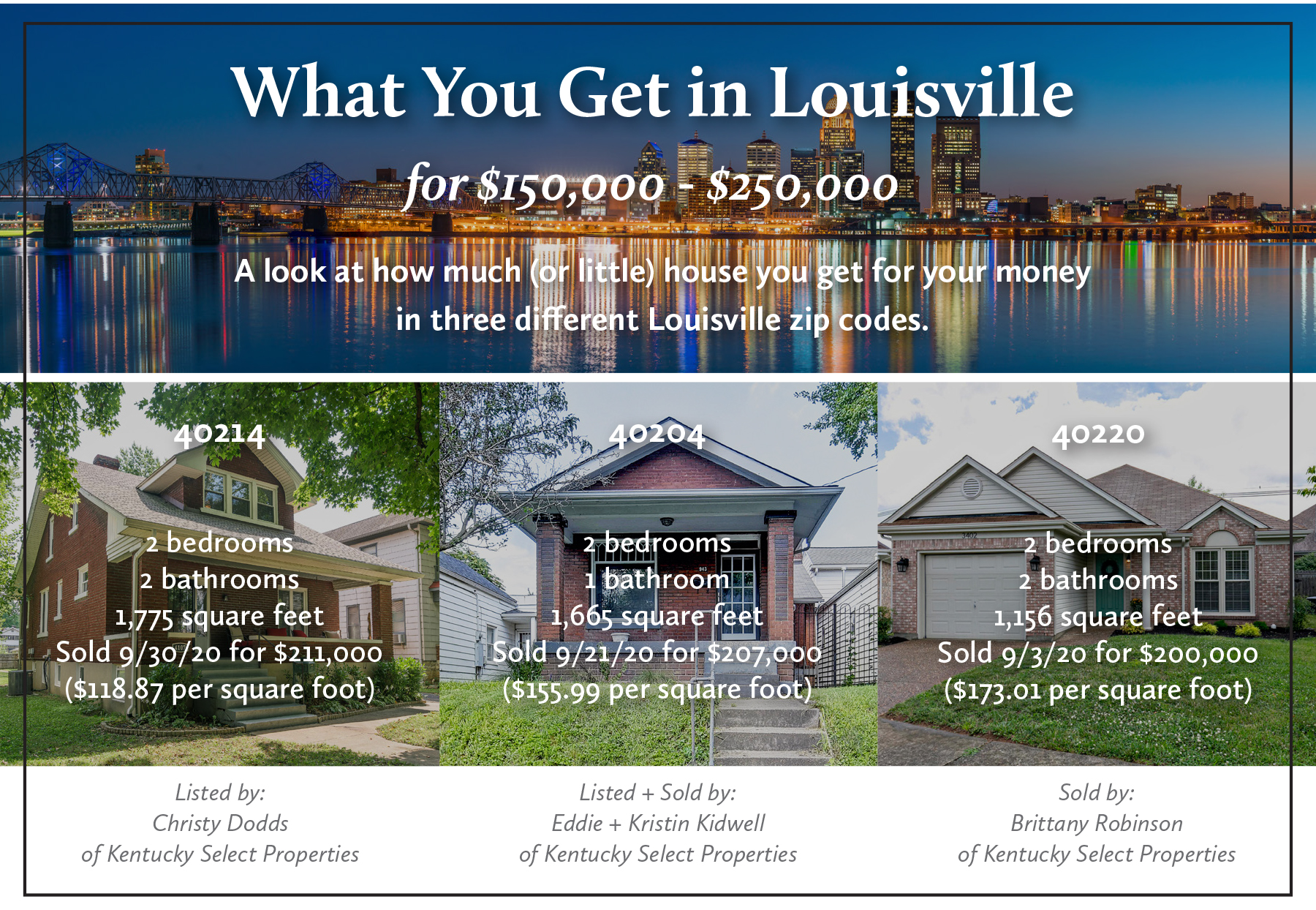 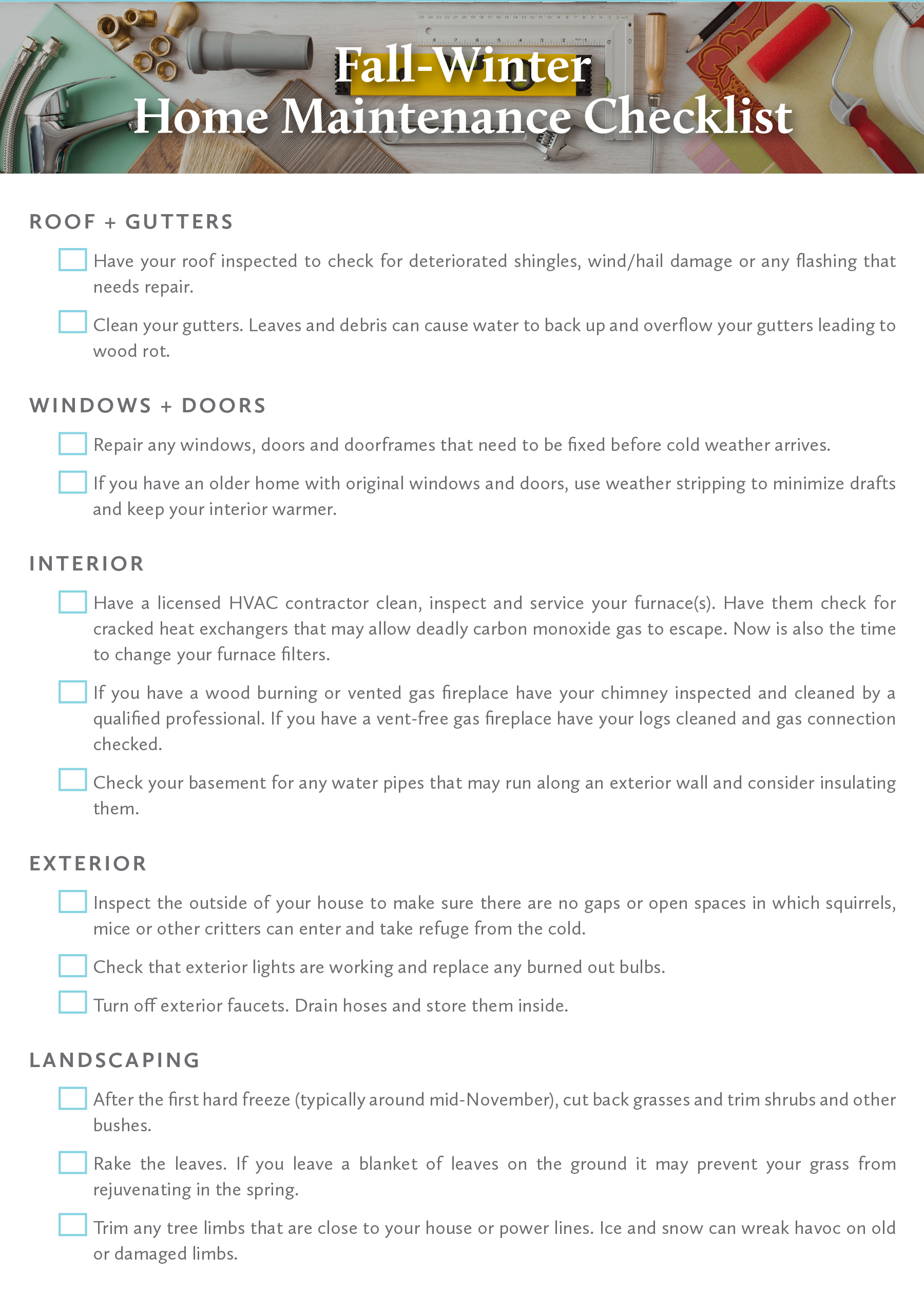 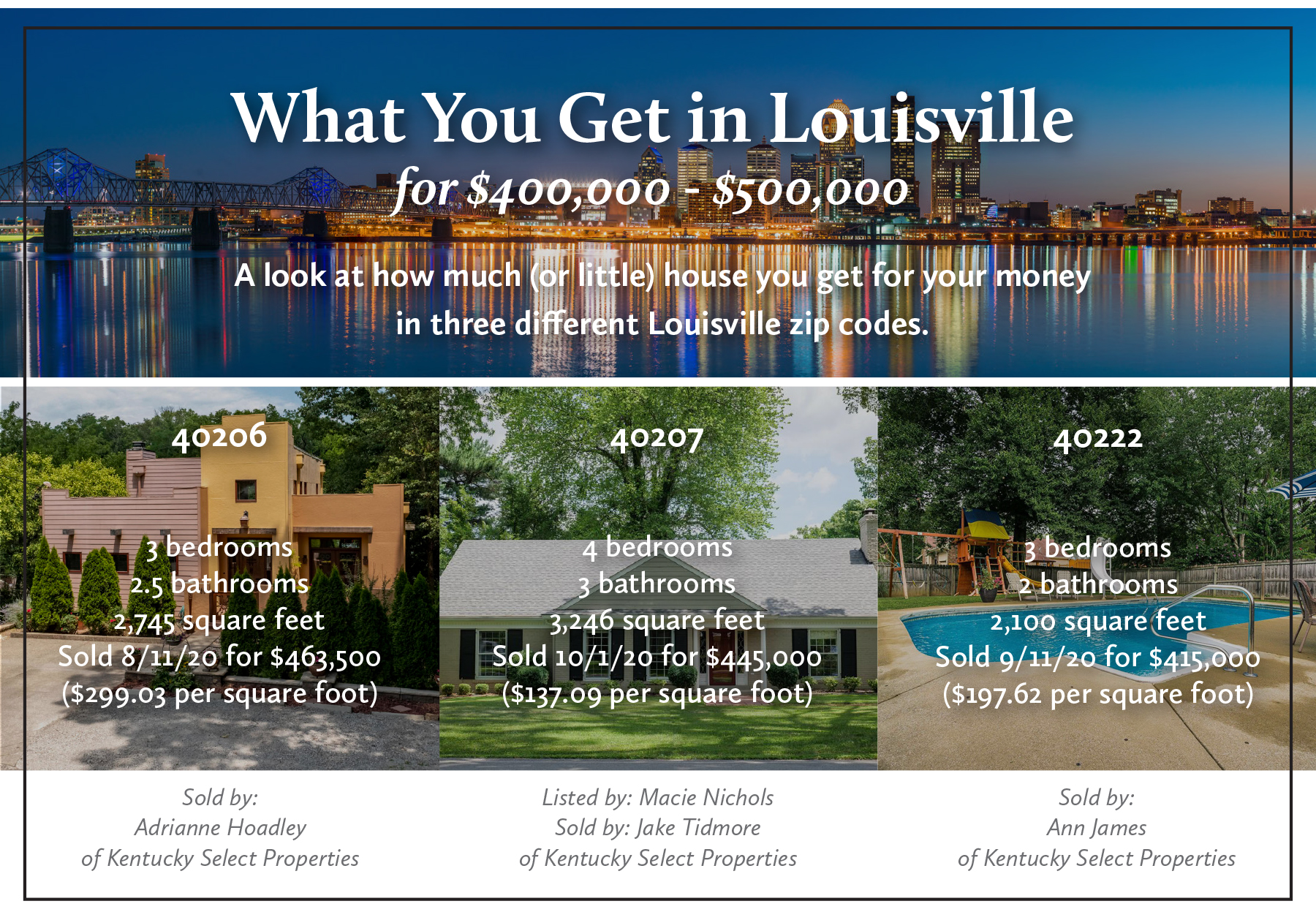 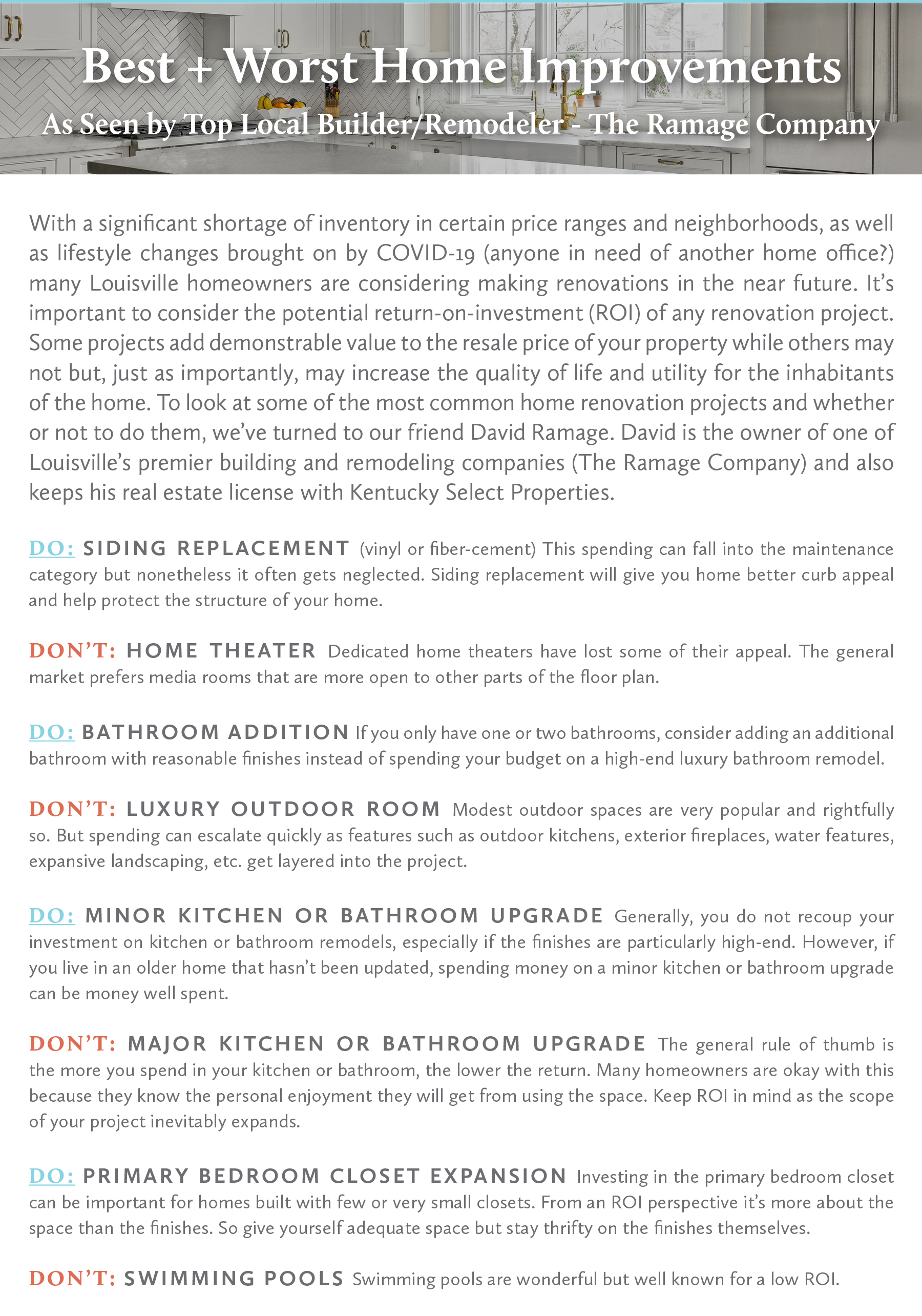 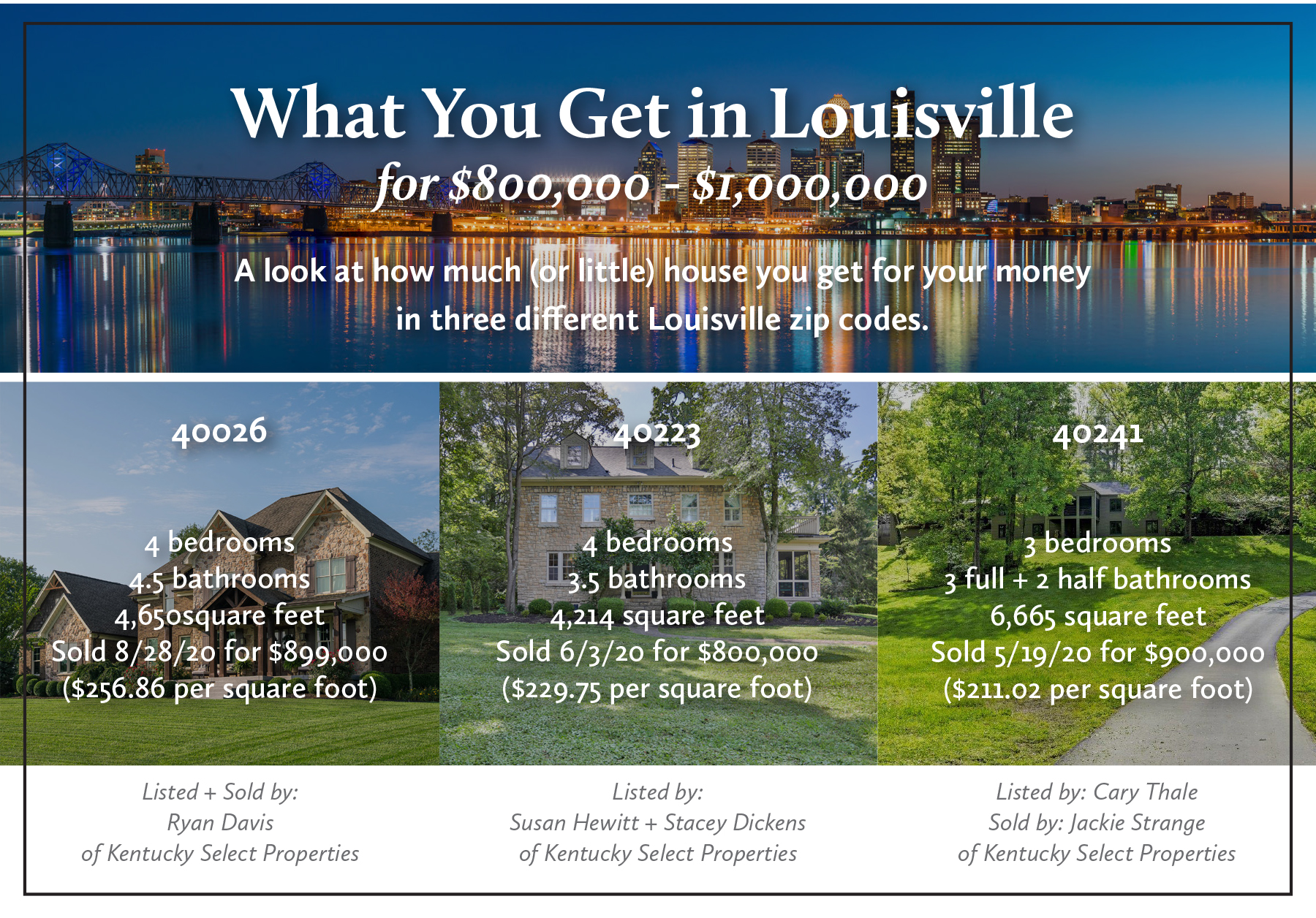 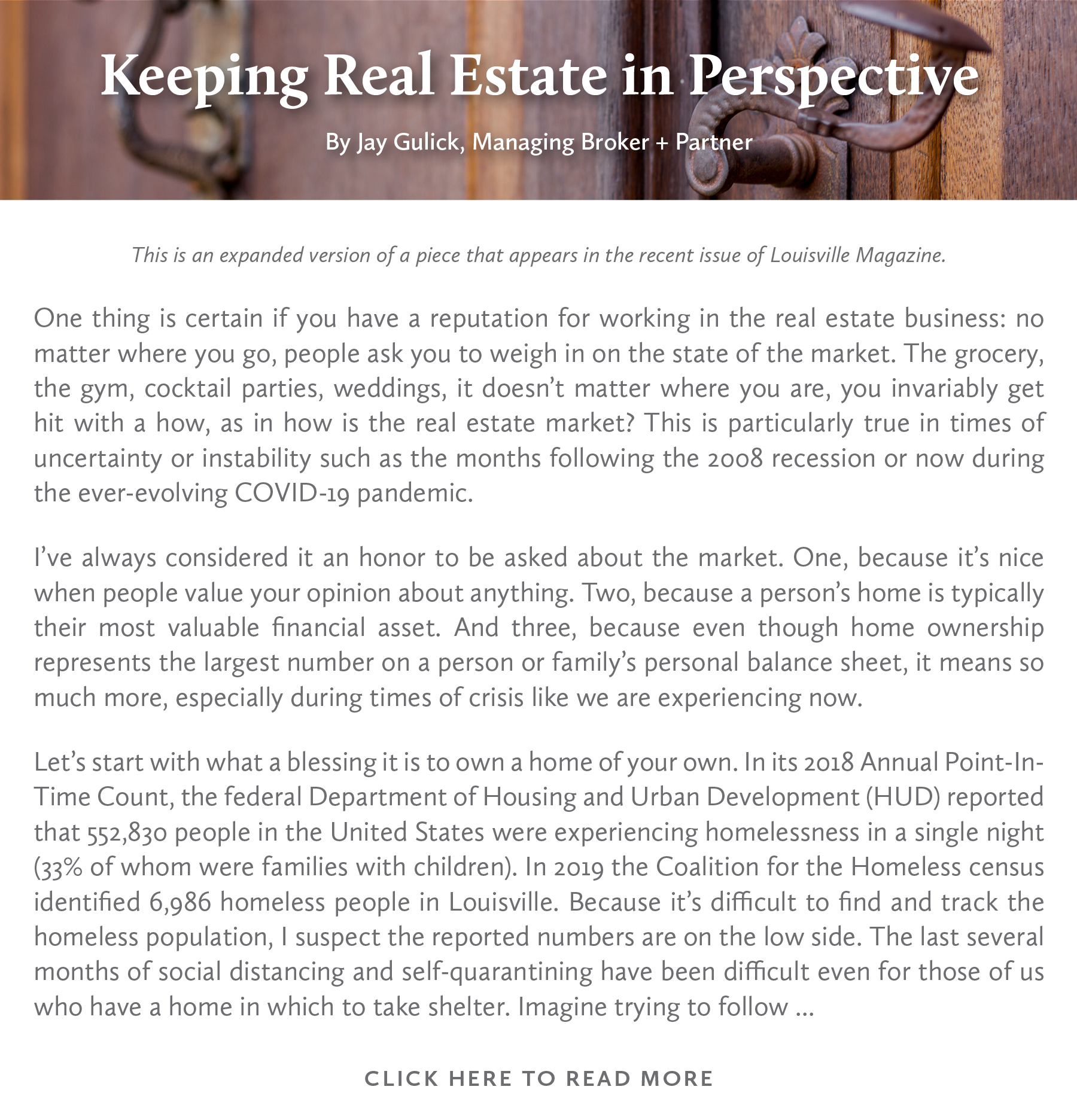 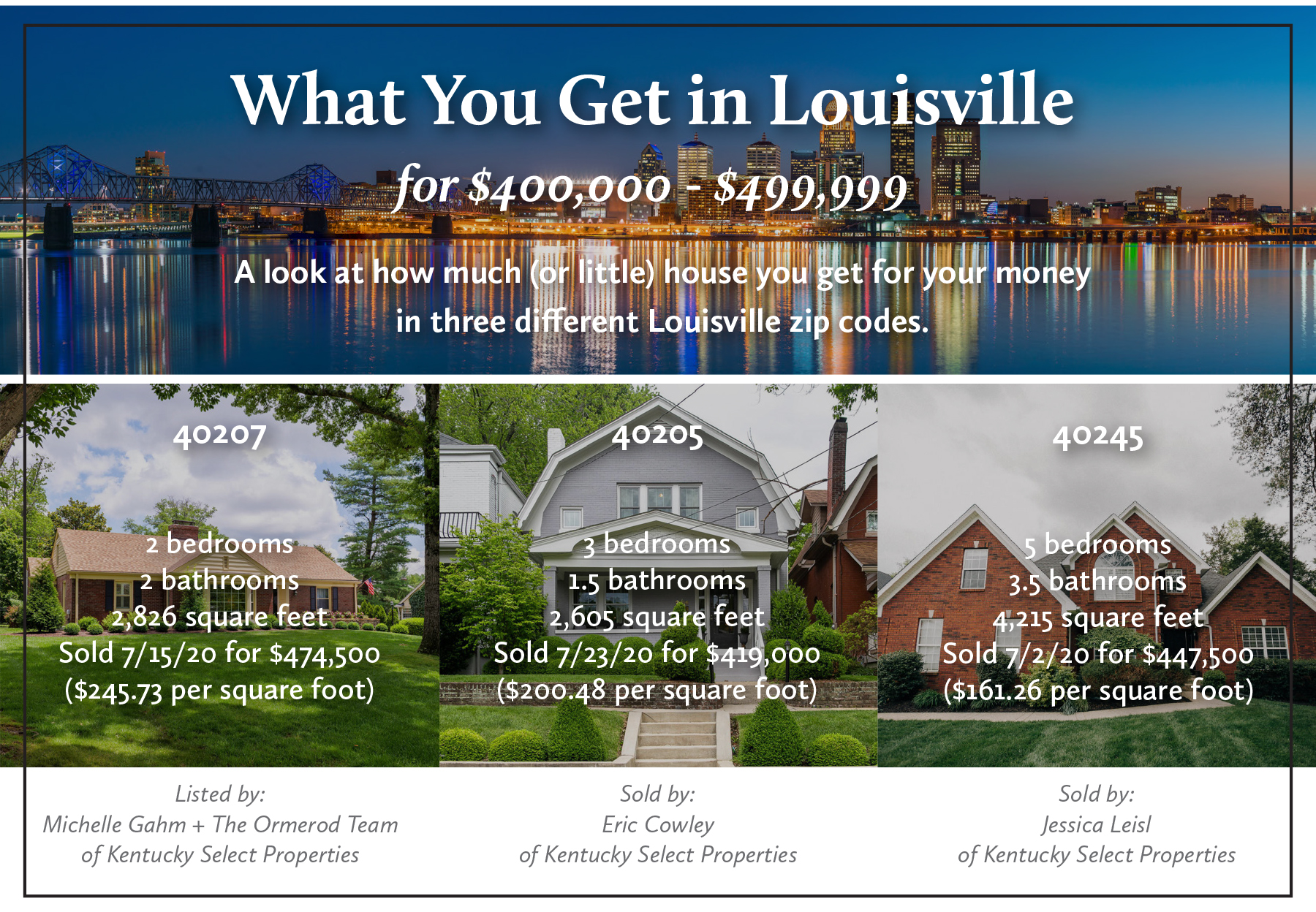 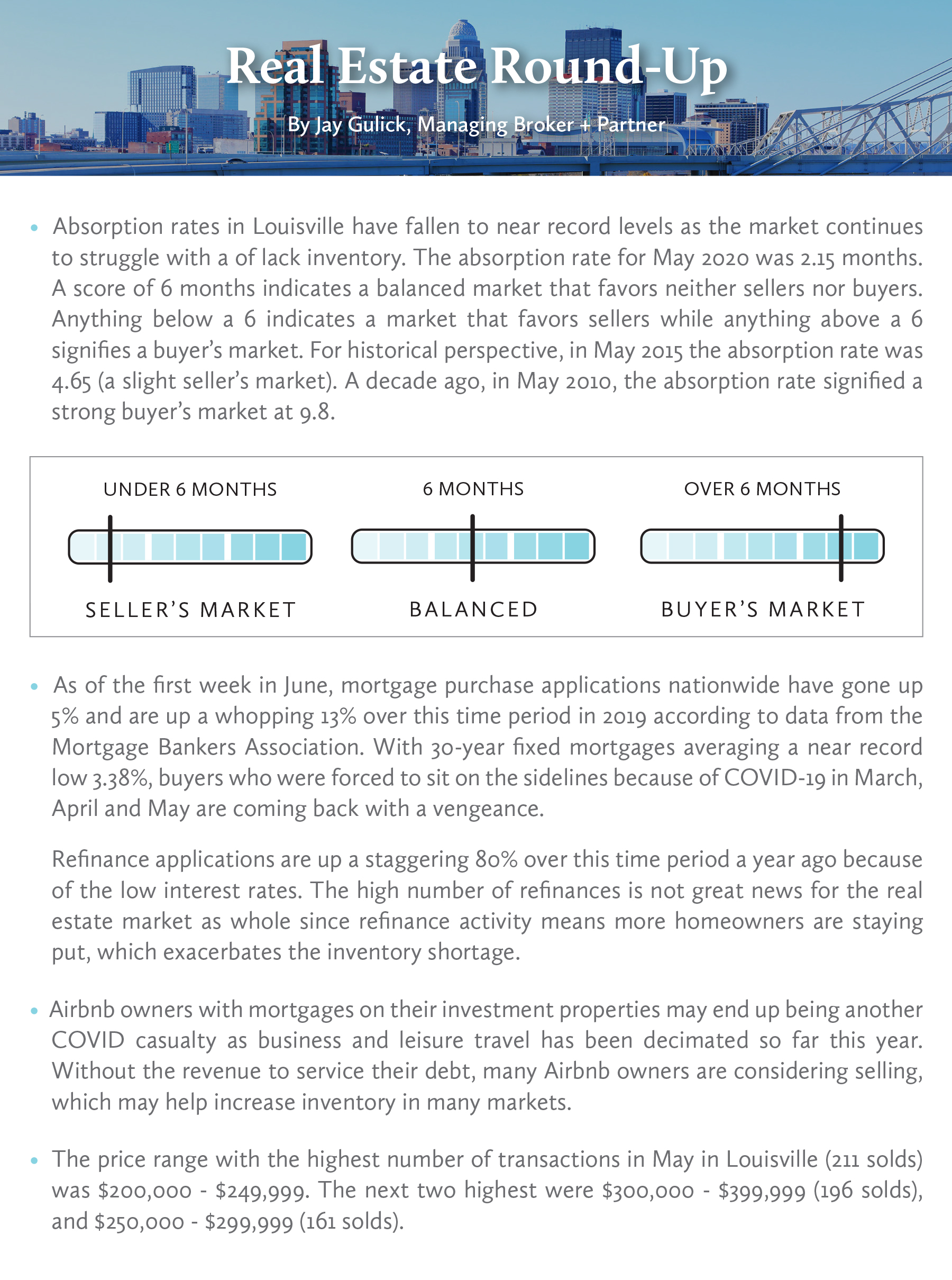 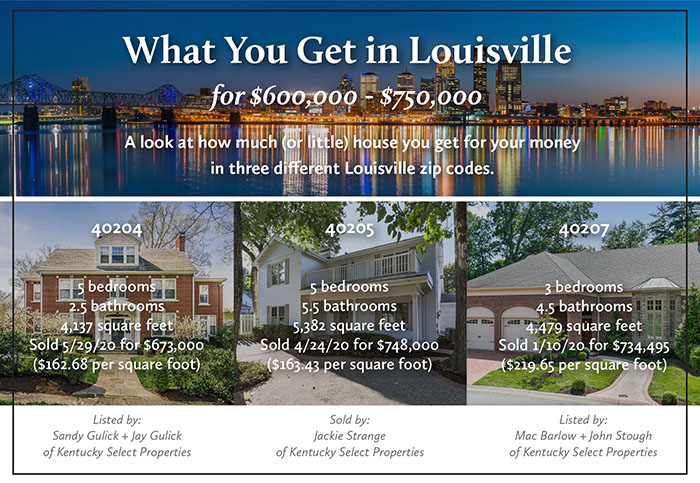 Lack of Inventory is the Story 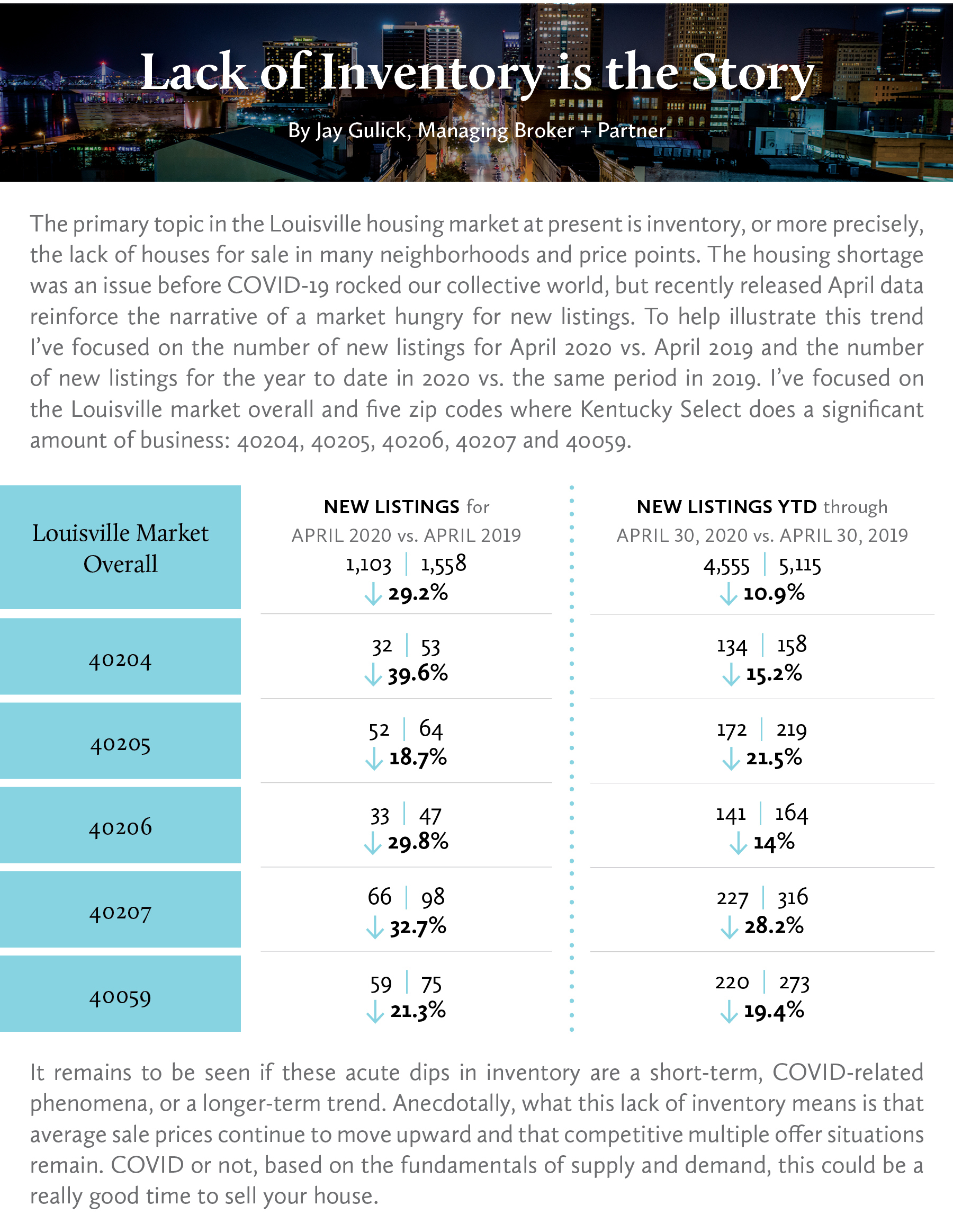 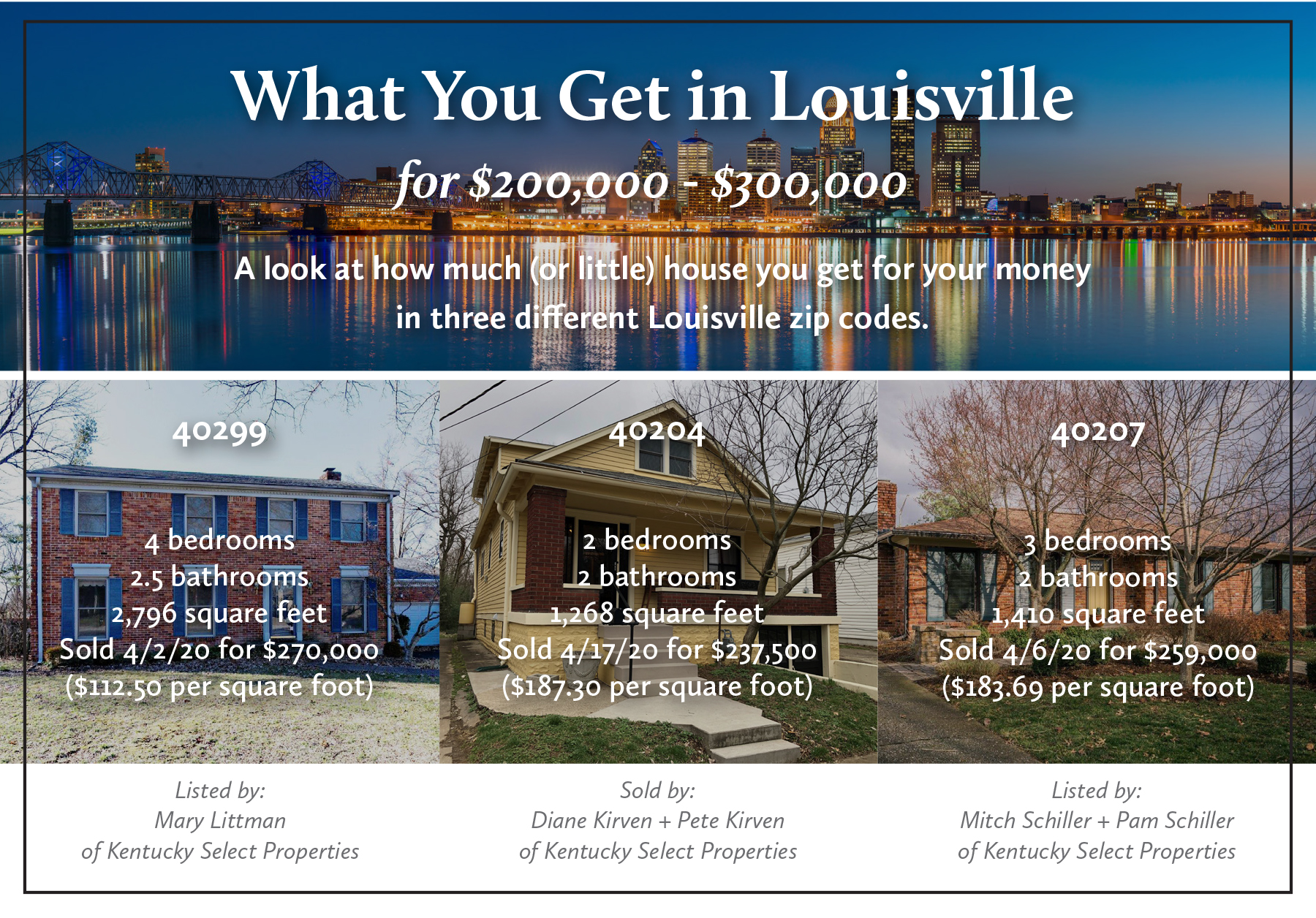 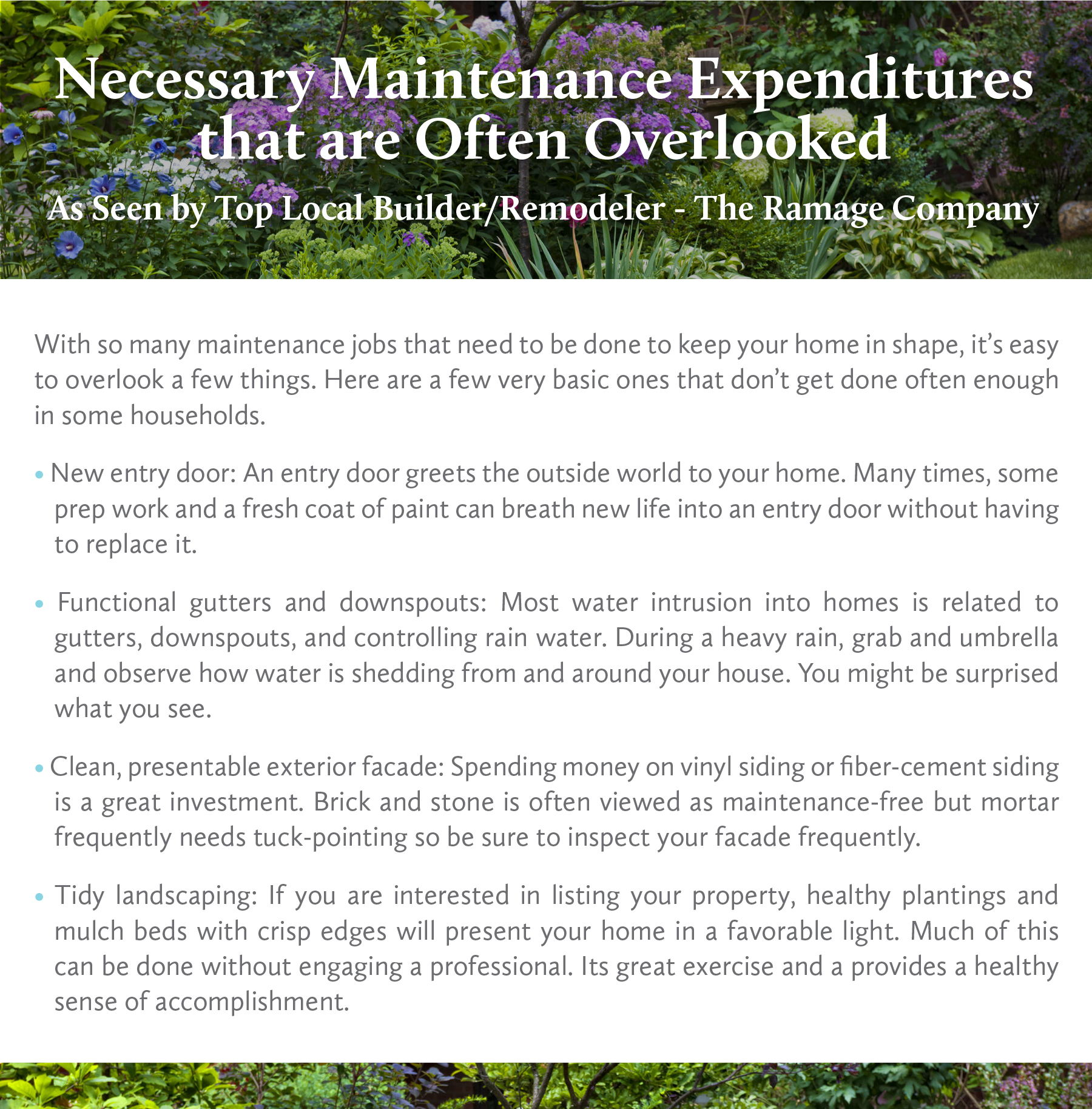 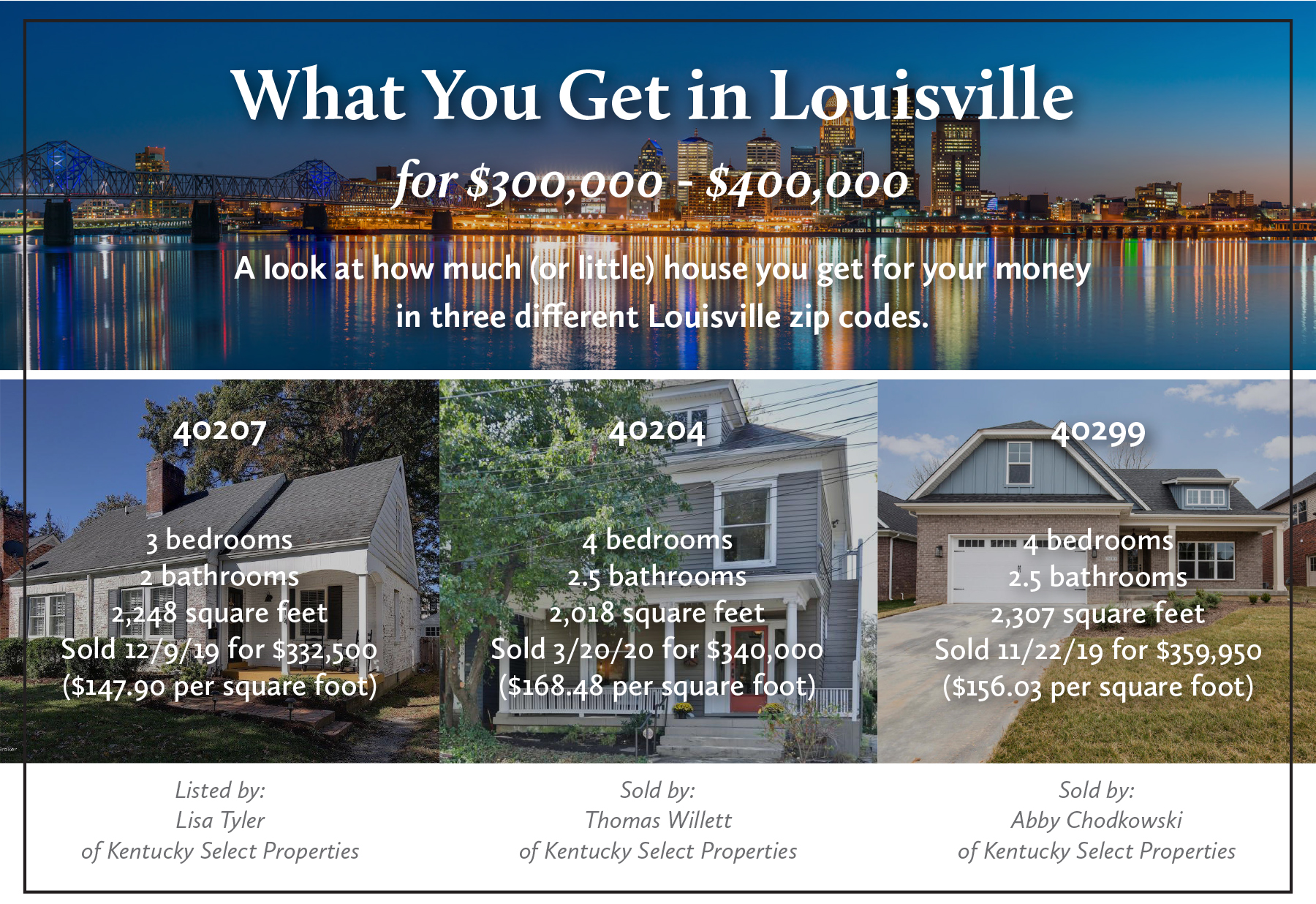 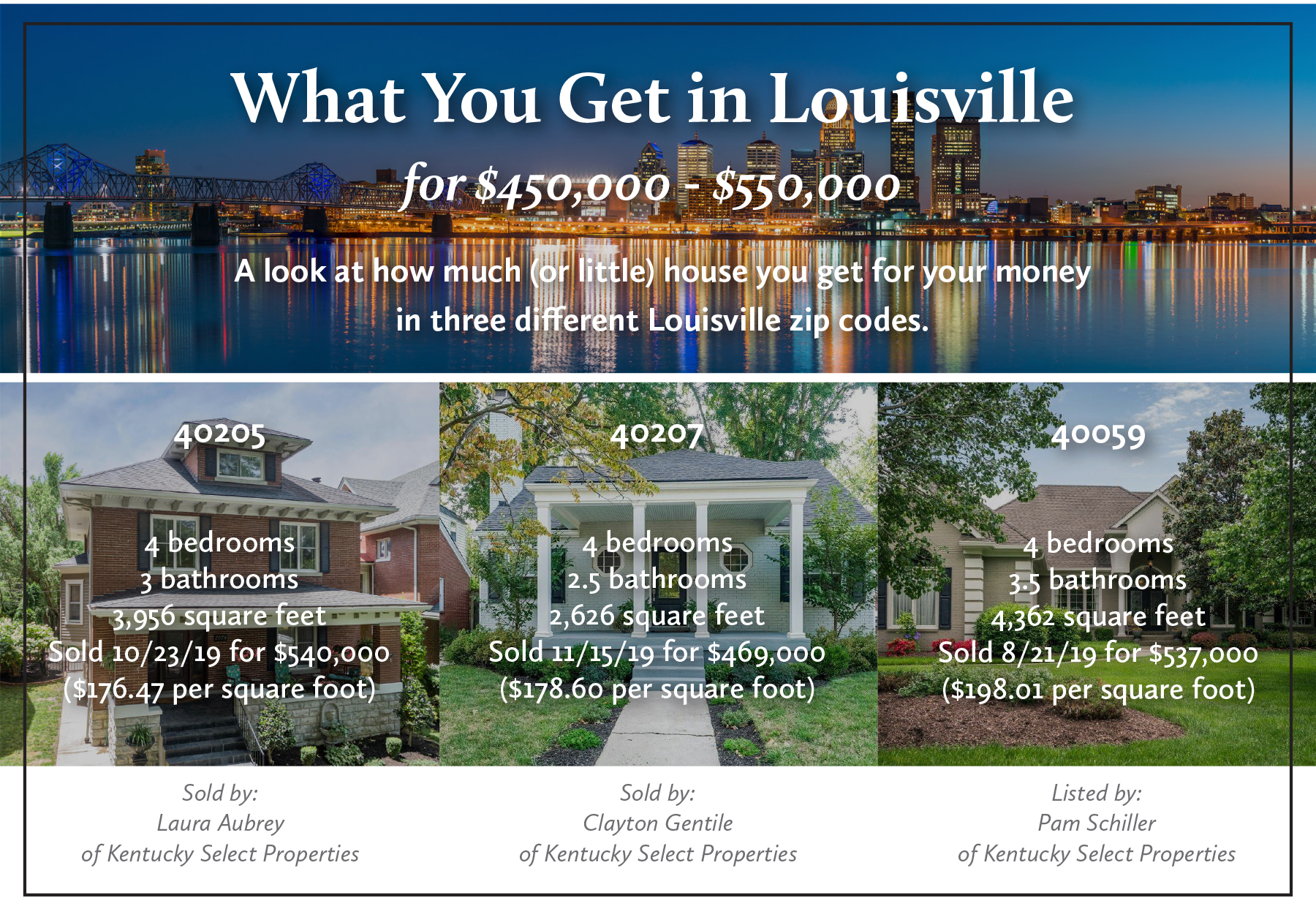 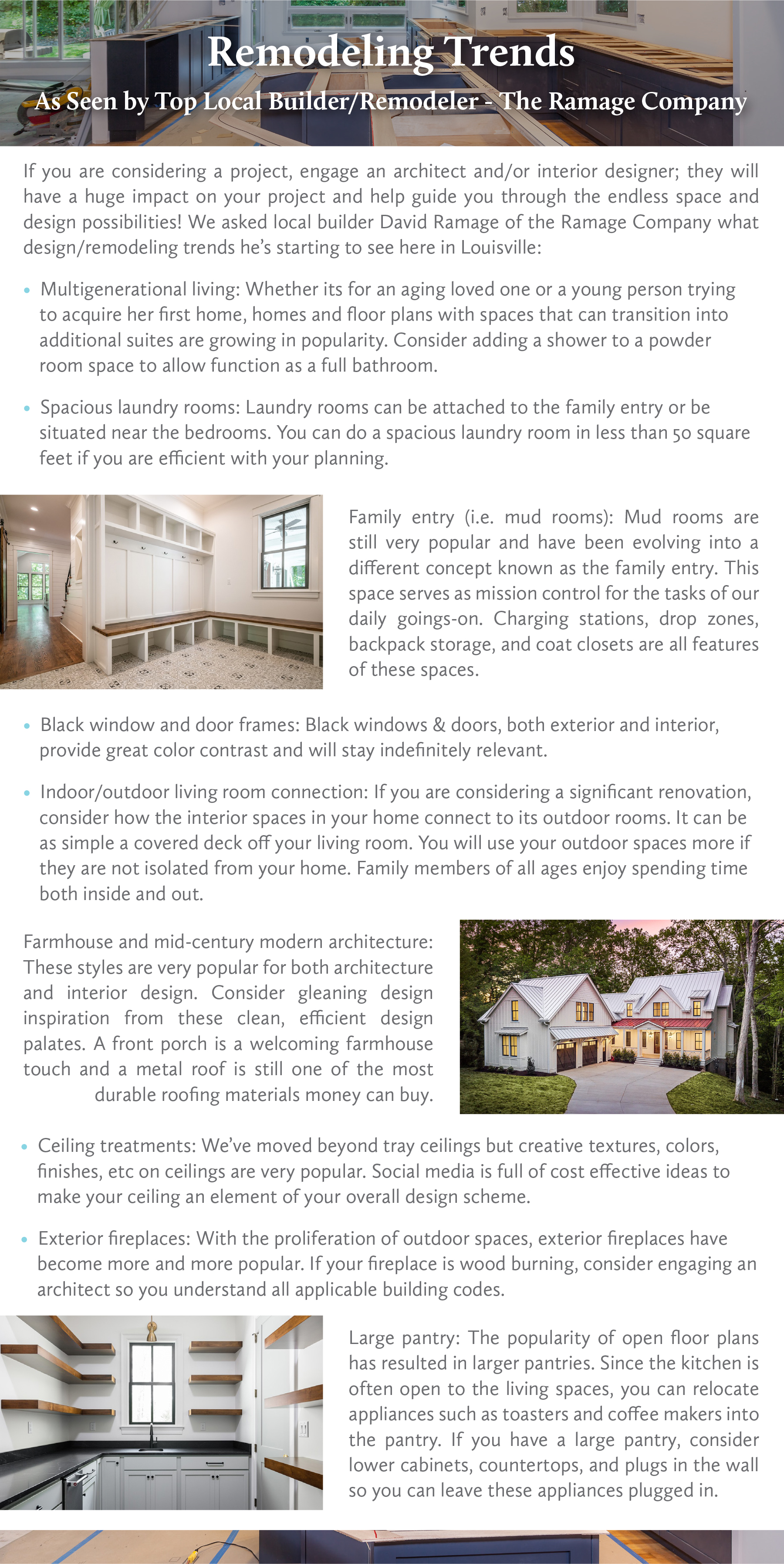 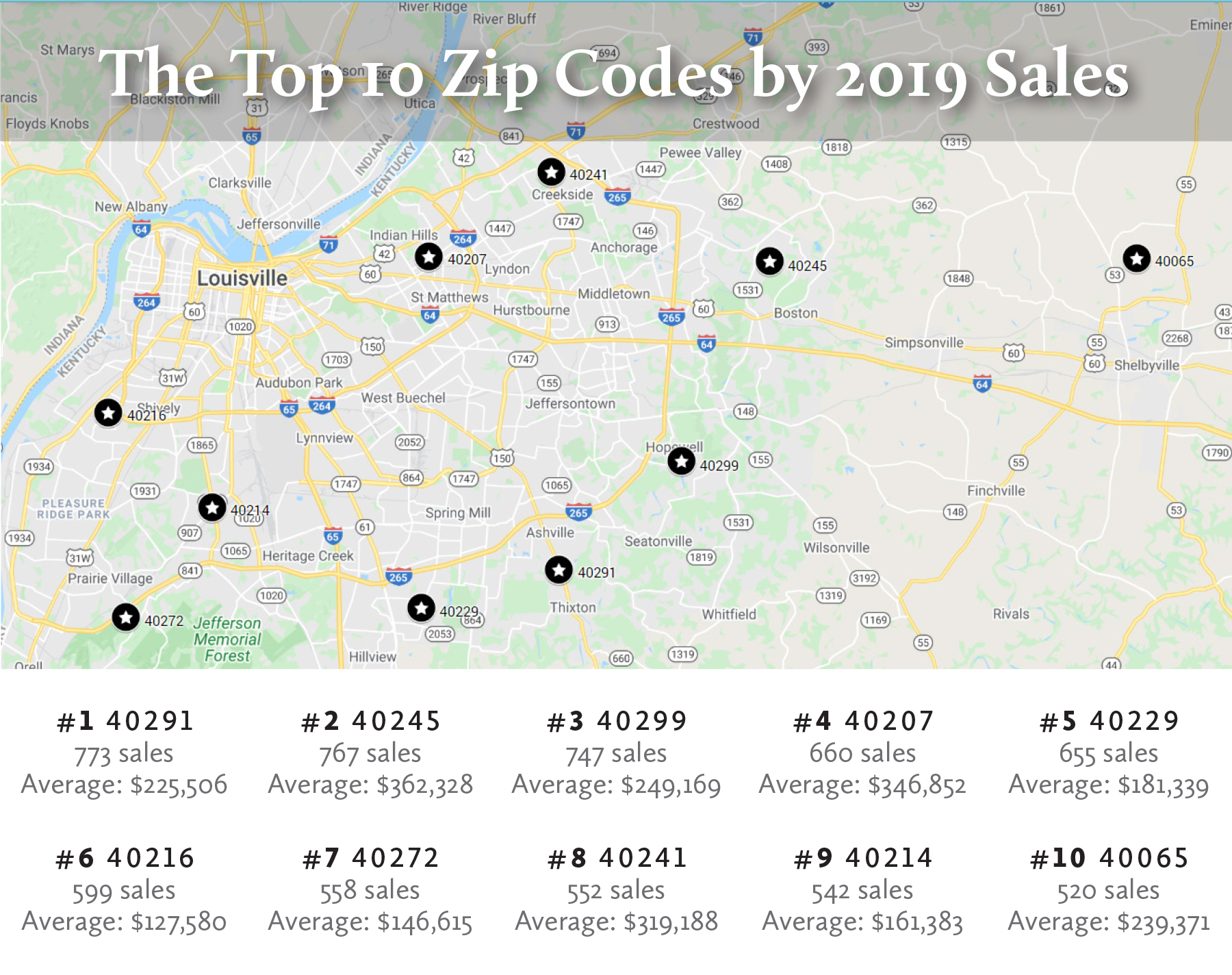 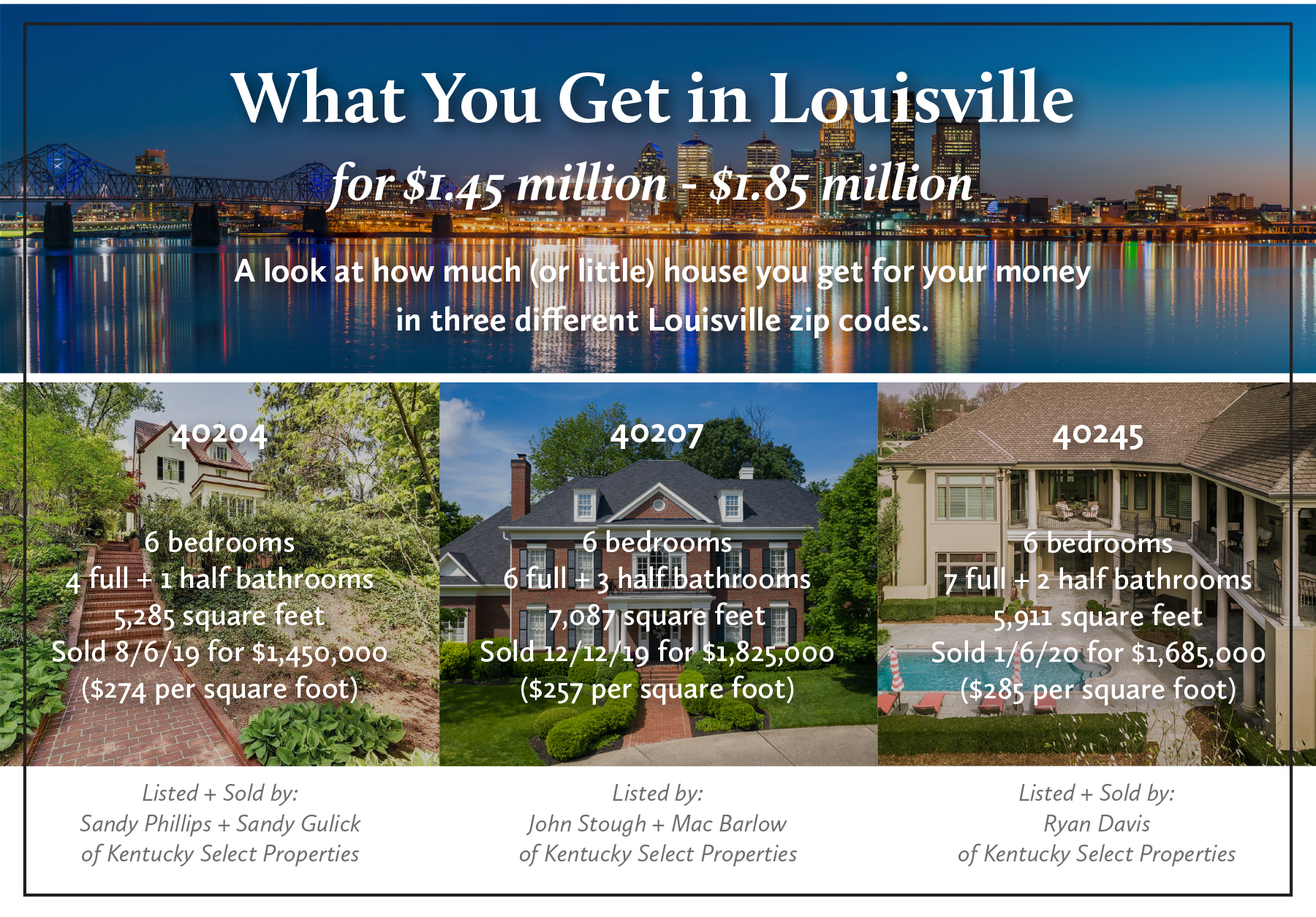 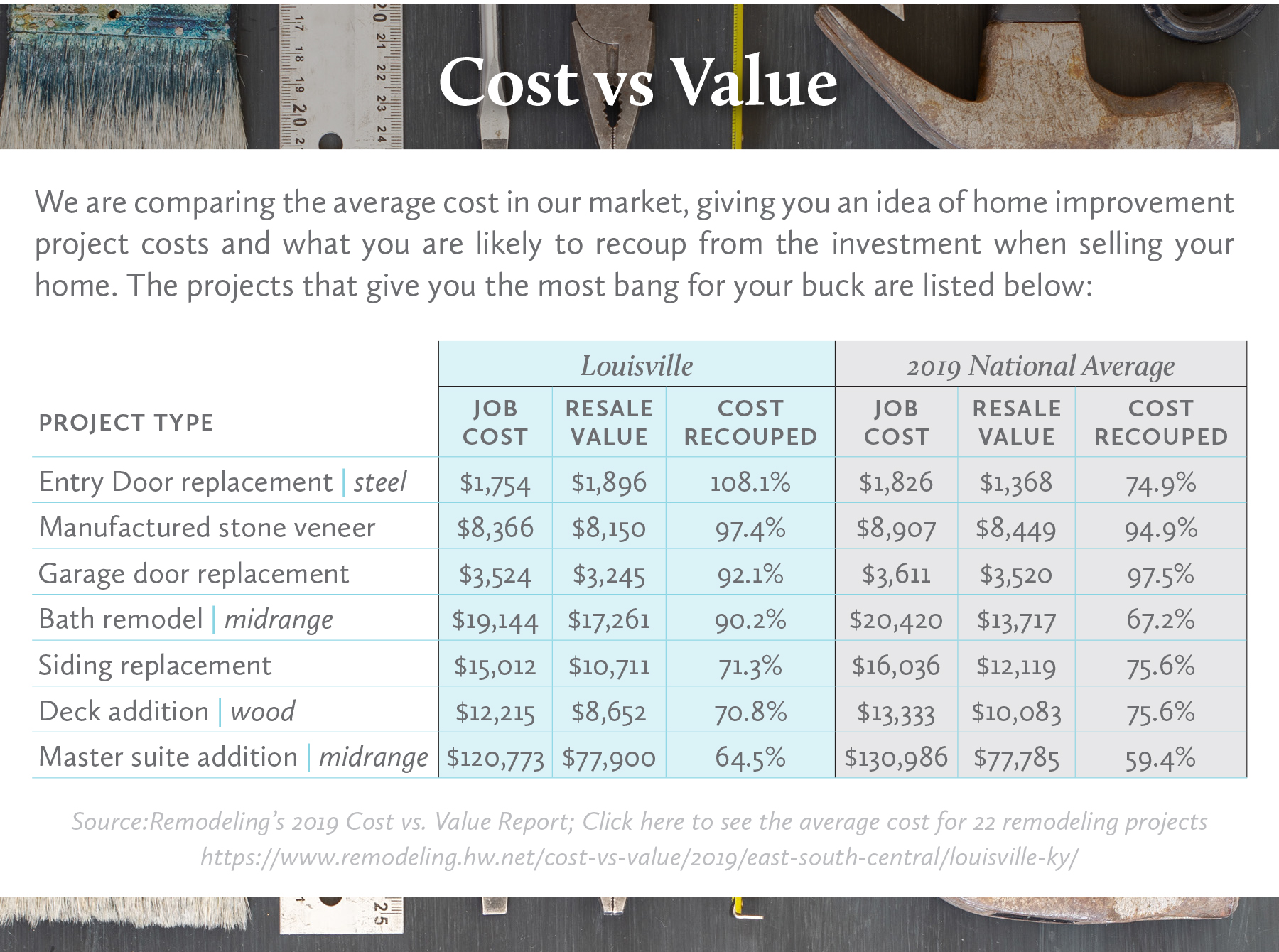 What The Louisville Housing Market Needs

From the Access Louisville podcast + Business First: Real Estate Reporter Marty Finley brings us up to speed on a couple of big local residential projects, including a $100 million mixed housing development from RJ Thieneman planned along South Hurstbourne Parkway and Watterson Trail. This news broke last week and since then we've also had stories about two new planned developments from homebuilder Fischer Homes — one on the East End and another in southeast Louisville. An interesting trend here is that these developments will offer homes in the $180,000 to $300,000 range. That's important because that price range is in line with consumer demand right now. Previously, we were seeing a lot of announcements about new luxury homes coming into the market. Listen to podcast.

Fear and Loathing in Louisville 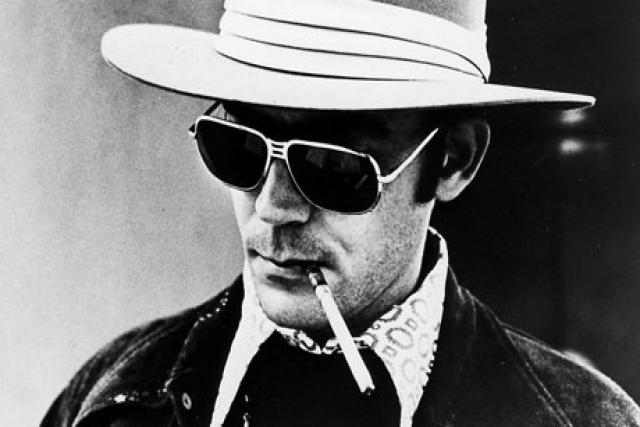 From GQ.com: Horses are a minor footnote in Hunter S. Thompson’s 1970 article, “The Kentucky Derby is Decadent and Depraved.” The piece is less about what Thompson saw than what he hoped to see––the depravity that exemplified the culture of his hometown; the brouhaha, the drunken Kentucky colonels identifiable by whiskey-stained linen suits, but clean shoes. Read more.

Great video on all the cool things happening in Louisville's Butchertown Neighborhood:

These Historic Landmark Buildings Have Become Homes To Cutting-Edge Art

From Architectural Digest: When philanthropist and art collector Steve Wilson and his wife, Laura Lee Brown, first dreamt up the 21c Museum Hotel in Louisville, Kentucky, it was conceived as a one-off. Located in the city's historic district, the hotel also serves as a means to share the couple’s love of art, as well as their impressive and ever-growing collection (which is as challenging and progressive as anything New York has to offer), with a wider, underserved audience. Read more.

Certain cities are on everyone’s wish lists: New York, Austin, Nashville. And they belong on those lists. But it’s a big country, and there are so many more places to see—including, increasingly, cities that we never would have given a second glance. Thanks to grassroots and civic revitalization projects, creative types taking advantage of cheap real estate, and the realization that small can be beautiful, a new list of must-see cities is forming. Read more.

The Weekend Guide To Eating and Drinking Your Way Through Louisville, KY

Via Forbes.com: For many Americans, the city of Louisville is synonymous with three things: bourbon, Hot Browns (a local dish of thick toast topped with turkey, bacon, and Mornay sauce), and the Kentucky Derby. While all of these things still deserve our attention, there’s another good reason to visit this vibrant Southern city: outstanding restaurants and bars. Read more.

Louisville, Kentucky’s largest city, is more than baseball bats and horseracing (although we’ll talk about those in a minute). Being the 27th largest metro area in the U.S. has its perks. For example, it’s a large enough city to draw in job opportunities (the city recently ranked #18 nationwide for job opportunities in health care and affordable housing) while maintaining a big helping of quaint Southern charm. As you consider purchasing a new Louisville home, we have a few facts for you to consider about the city. 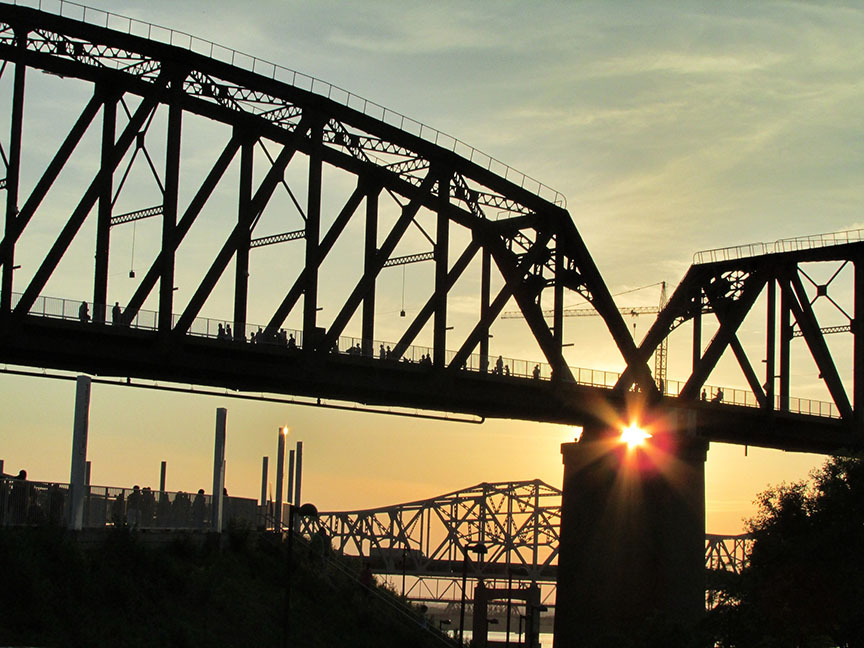 Churchill Downs in South Louisville plays host every year to more than 150,000 attendees of the Kentucky Derby, held the day after the Kentucky Oaks, which itself is the third most-attended day of racing in the U.S. (For reference, the most recent Superbowl, held in Arlington, TX, was the most-attended Superbowl in history and saw only 103,219 attendees.) On top of the horse races, which continue in a tradition started back in 1875, the derby is also known for its fashion: those famed hats. The large, feathered, and otherwise extravagant headwear started becoming a staple at the event in the 1960s, and have attracted nearly as many admirers as the derby itself. While donning the stylish chapeaus, the derby observers are also downing approximately 120,000 mint juleps, the event’s traditional drink.

Louisville’s real estate is in a great stage for buyers right now. In fact, the city was recently named the ...