Great article from Bailey Loosemore at the Courier-Journal: Separated by the Ohio River, two of the metro area's once-thriving waterfront communities each had to almost completely die before they could enter periods of rebirth. Butchertown and New Albany - communities founded nearly 200 years ago - aren't a pair that's often compared. But with the metro as a whole experiencing a return to urban living, both have been labeled neighborhoods on the rise and have more in common than one might think. Read more. 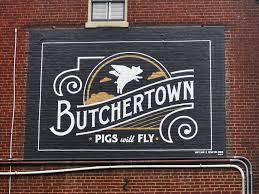