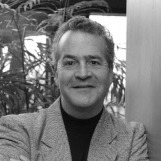 Real estate is actually David's second career. He is also an attorney, graduating from the University of Louisville School of Law in 1978, where he was on the law review. He worked for two local trust companies for ten years, where he did estate planning, estate settlement, and trust administration.

In 1990, he decided to pursue his real love, real estate. It has been a good match. He especially enjoys selling historic properties. One of his listings was recently featured in Country Living Magazine, being held in the same family for almost 200 years. Another listing was featured in The Wall Street Journal in 2016. It was a large, historic log house in Glenview.

David's spare time is spent reading, editing, and walking. One book he edited was named 2017 Book of the Year by both the Louisville Historical League and the Kentucky Historical Society. A second book has just been named 2019 Book of the Year by both organizations. He is a former book reviewer for The Courier-Journal and was a columnist and contributing writer at Louisville Magazine for many years.

The Georgetown College graduate served many years as entertainment coordinator for his Shetland sheepdogs, Toby and Cassie. He also served as the president of the Kentucky branch of the English-Speaking Union and was chairman of the scholarship committee for many years. He is a board member of the Woosley Foundation and enjoys funding local charities every December. He was named to the board of Louisville Visual Art (LVA) in 2020.

With David's background in trusts and estates and his many years as a real estate agent, he brings a level of understanding to the real estate needs of any individual, family, trust, or estate, regardless of size. He is not limited to Jefferson County, but is also knowledgeable about property in Henry, Oldham, and Shelby Counties.