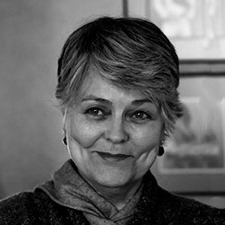 Deborah Stewart began selling residential real estate in Metro Louisville in 1985. She is an unabashed lover of old homes and an active preservationist. Deborah and her husband, David Stewart, live on Belgravia Court in Old Louisville where Deborah is currently vice-president in charge of grounds. The Belgravia Gardens, designed by John Carloftis, extend from 4th Street to 6th Street. With the help of Wallitsch Nurseries, Deborah has the pleasure of seeing the gardens through all four seasons.

She has been active in several community projects, including the restoration of the Marine Hospital in Portland, and the Re-zoning of her beloved Old Louisville. She is past chair of The Old Louisville Neighborhood Council, Past President of The Louisville Historical League and has served on several boards including the Marine Hospital Foundation, Preservation Louisville, Preservation Kentucky and Kentucky Shakespeare Festival. She and her husband, David, are longtime members of Calvary Episcopal Church where she recently chaired the Rector Search Committee.

Deborah is a graduate of the University of Louisville and holds an MFA in Writing from Vermont College in Montpelier, Vermont. She has served at the invitation of past Presidents on the National Endowment for The Arts literacy grant reviews.

Most importantly she is a mother and a grandmother who has a keen appreciation for homes and the sensibility that creates what she considers these sacred spaces in each of our lives.